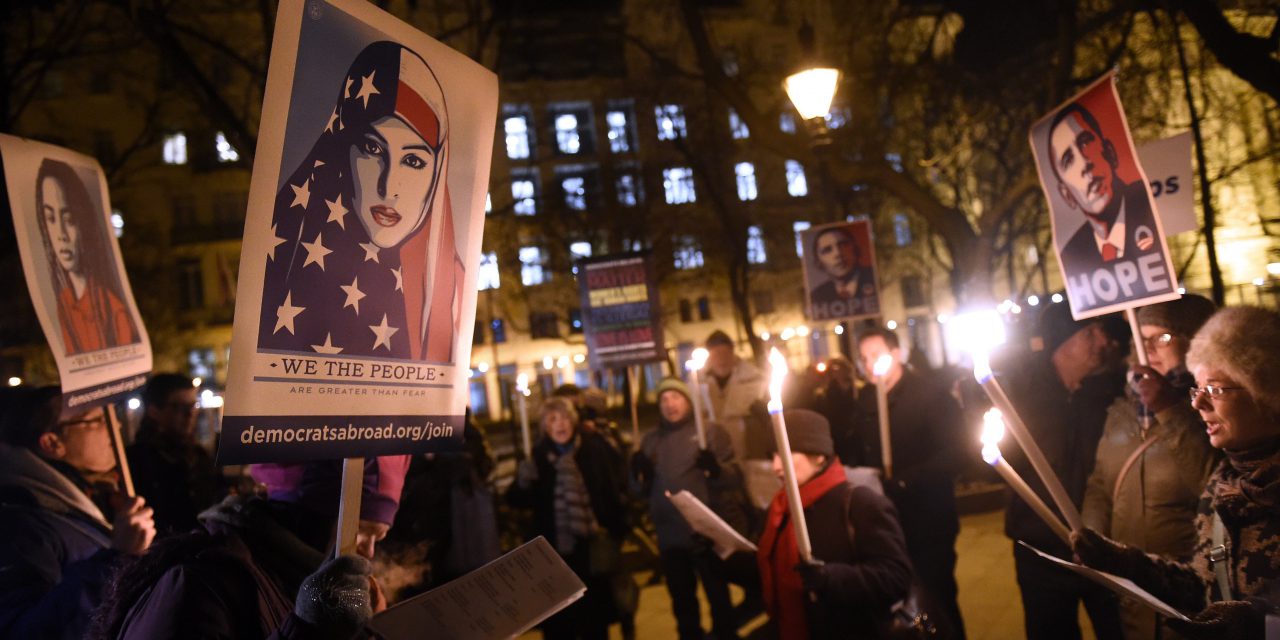 8 years ago on the day of President Obama’s first Inauguration, Democrats Abroad and other Americans gathered to celebrate with candlelight and song in Budapest’s Szabadság tér (Liberty Square) next to the US Embassy to celebrate a new era of hope for America and it’s place in the world.

Our gathering in 2008 was documented by local media and joined by other groups also seeking political reform.  Here is a short clip of the event from a Hungarian news portal:

During the last hour of President Obama’s administration, on 20 January 2017, we returned again to the same square to close out this chapter in American history.  Around 50 members of Democrats Abroad came together to sing American anthems and to share with each other some of the Obama accomplishments that we found most significant.  Participants spoke out expressing the importance of: America regaining respect in the world, the Affordable Care Act, Dignity, Net Neutrality, Marriage Equality, Economic Recovery, improving the rights of women in the workplace, and having a president with the ability to speak in complete grammatical sentences.

Our DA-Hungary Chair, Marylin Ball-Brown, led the group in singing This Land is Your Land, America the Beautiful, and We Shall Overcome.  As a trained opera singer, she then closed out the event by singing Amazing Grace.  Many in the crowd had eyes filled with tears as we bid farewell to the Obama Presidency. 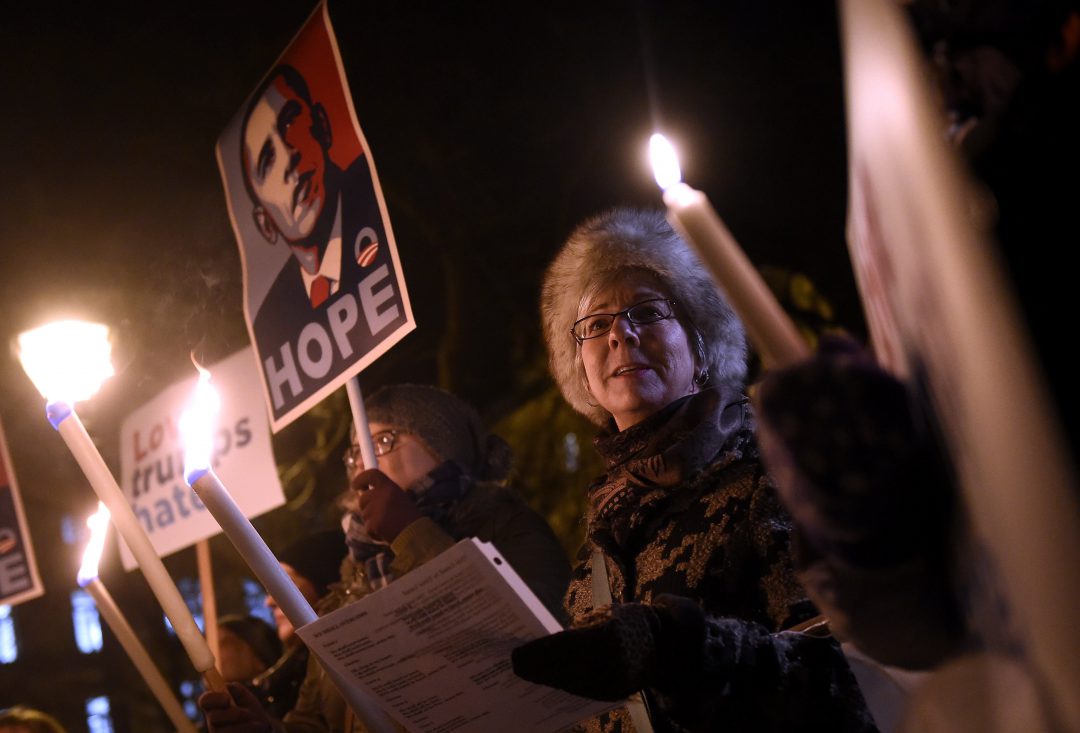 Several from the group gathered after the event at the nearby Cafe Liberté to warm up and to share thoughts on how we can work to sustain the Obama legacy of achievement in the challenging years to come.  Our thanks to DA-HU member Amy Modly for her extensive work in helping to coordinate the event with the local police office.
Do you like this post?
Tweet