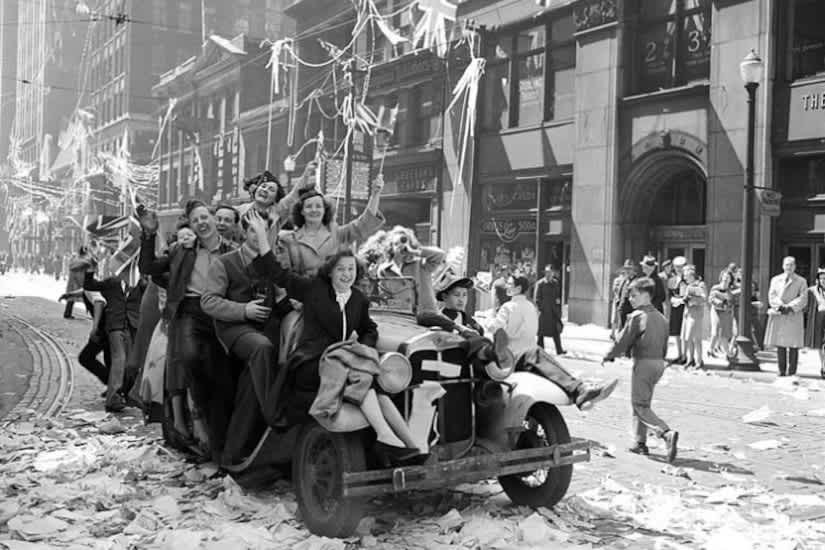 Today V-E and WW II are commemorated around the world as those who served are honored. V-E Day marked the end of most fighting in Europe where tens of millions of service members and civilians lost their lives. President Harry S. Truman, who was born on May 8, 1884, announced the end of the war in Europe on his 61st birthday. About 16 million Americans served in World War II—with 2 million serving in Europe. 11% of our population fought in World War II.
Join the Global VMF Caucus Zoom Event Volunteers Honoring Veterans in Washington, D.C. with Helen Belletti, Volunteer Coordinator, today, May 8 at 3:00 p.m. CET. This event is co-sponsored by the DA Germany VMF Caucus and the Global Women’s Caucus.
RSVP: [email protected]To join the VMF Caucus, go to: http://www.democratsabroad.org/vmf.
Do you like this post?
Tweet