Now it's YOUR turn to decide!

All around the world, Democrats Abroad have been hosting Debate Watch Parties and watching the Primary election results with great interest.  There is a lot of enthusiasm for this Democratic Primary.   The campaigns head to South Carolina and Nevada for those states' primaries, but ...

Maybe you already know for whom you want to vote.  Or maybe you haven't yet decided.   If you missed the last debate--perhaps the best one yet, with still more to come--you can watch it now:

There are indeed some differences of opinion between our two outstanding candidates, and we can argue about who scored the most points in that debate, but it one thing is true :

... No matter who the candidate is, the real winner is the Democratic Party!

... And that's why your vote from abroad is so important!

But maybe a debate isn't enough to help you decide.  Maybe you want to know the candidates' stances on issues that are of concern to you as an American living abroad--issues like FATCA, CBT, medicare portability, and voting rights ... in that case, we've got some good news!

Democrats Abroad posed these very questions to the candidates ... and they responded! They responded because they know how important we are to the outcome of this election, and they know that because you vote!   Find out what they had to say by CLICKING HERE.

And now YOU get to help select the nominee!

Members around the world can vote either in person at our Voting Centers during the first week in March, or NOW by Remote Ballot, which you can find by CLICKING HERE.  We've anticipated your most Frequently Asked Questions about how--and why--to vote in the Global Primary, but if you have an "infrequent" question that's not answered there, please Contact Us.

The race is close, and your vote could make all the difference in deciding whom the Democrats Abroad delegation will support at the Democratic National Convention.

Who will it be?  It's up to YOU to decide 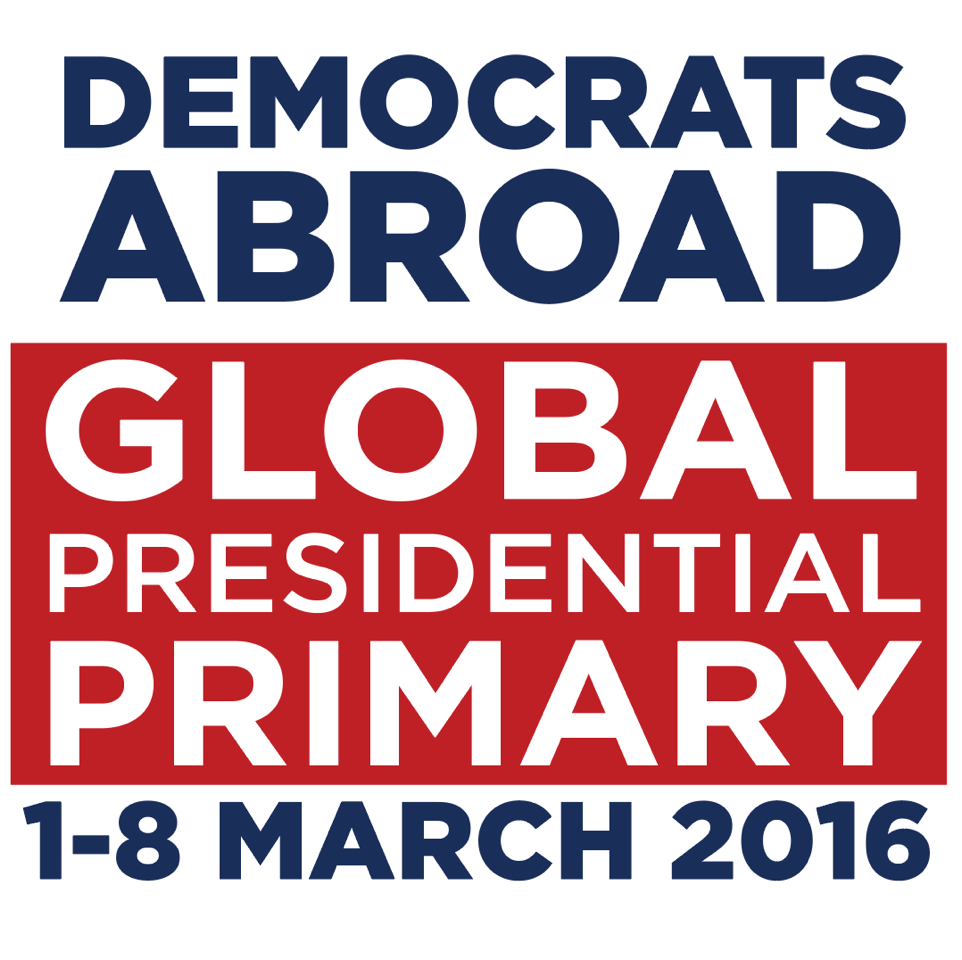