There's no better time to ask for tax reform. Send your Voice From Abroad with your Vote From Abroad. 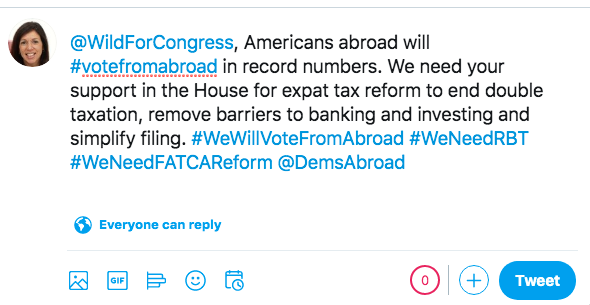 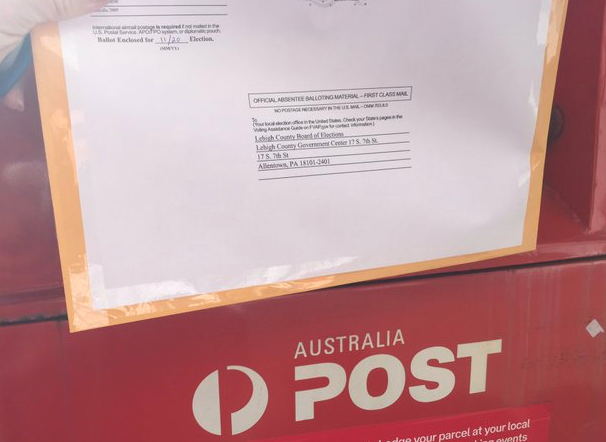 There is no better time to ask for tax reform for Americans abroad than when candidates are asking for your vote. Click here to send your Voice From Abroad along with your Vote From Abroad.

Followers of Democrats Abroad’s tax advocacy work will know our mantra from memory by now:

Tax reform for Americans abroad will happen when enough of us contact our representatives and demand it.

There is no better time than now to ask for support for Congress to address the serious personal and financial harm the U.S. tax code causes Americans abroad, when candidates for office are asking for your support – your volunteer time, your money and, of course, your vote.

The Voices From Abroad Votes From Abroad campaign was created to help you identify those running to represent you in Congress, find their campaigns online and on social media, and message them in clear and direct language. We need to educate candidates about the need for tax reform for Americans abroad and about Residency Based Taxation  - the remedy requiring the least effort by Congress that addresses the vast majority of problems faced by Americans abroad in a way that does not open up loopholes for those who might exploit either real or fraudulent offshore residency to avoid paying tax.

We urge you to message all the candidates: the incumbent and the challenger(s). The Democrat, the Republican, the Independent and any others.

We urge you to reach out directly to their campaigns and to also call them out on social media. They are posting daily to Facebook, Twitter and Instagram. Comment, re-tweet or write on their walls or @ them on yours. And don’t forget to @ Democrats Abroad, and #RBT, FATCAReform, VoteFromAbroad and VFAglobal.

It’s all in the Voices From Abroad Votes from Abroad campaign guide.

Thanks in advance for your participation in this campaign and your on-going support.