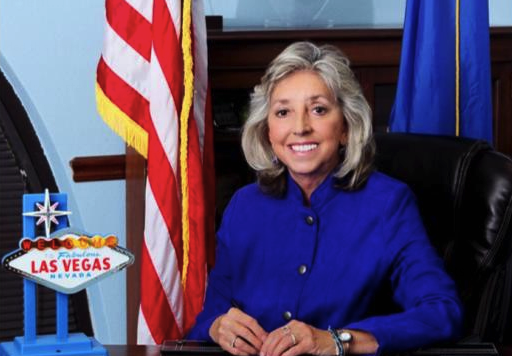 Congresswoman Dina Titus (D) Nevada met informally with members of Democrats Abroad Greece on Saturday at a central Athens location. Titus is in Greece on a family vacation and gave DAGR an evening to discuss issues-particularly tax, which she has championed, for American citizens living overseas.

Serving the First Congressional District of Nevada, Congresswoman Dina Titus has built a strong record of achievement as both an educator and a public servant. Titus is one of the strongest supporters on issues facing Americans abroad in Congress. She is a great friend of DA by going on record with the Ways & Means Committee to ease the financial burdens placed upon Americans abroad by the U.S. citizenship-based taxation system. 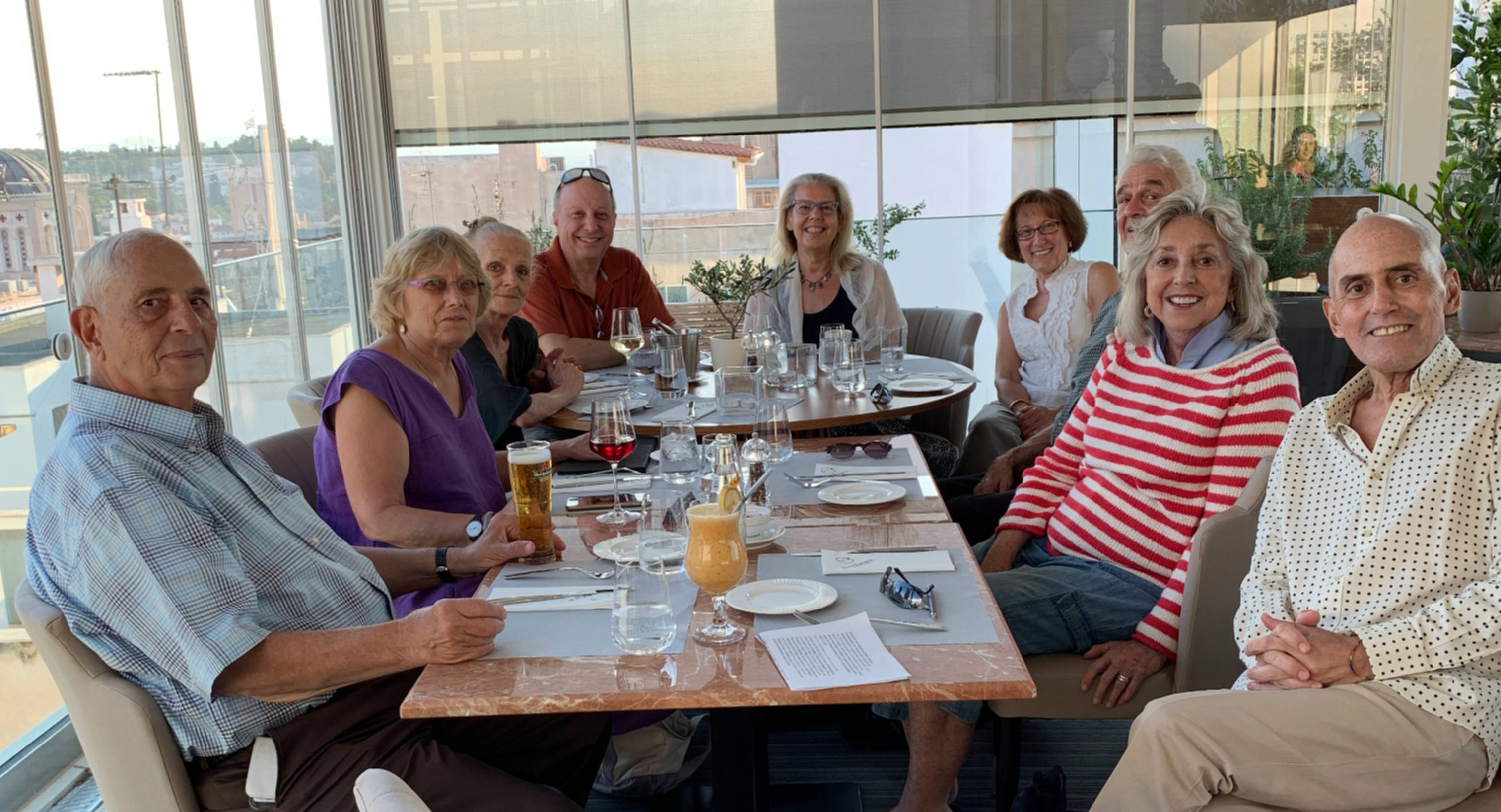 Currently in her fifth term in the U.S. House of Representatives, Dina is the dean of Nevada’s Congressional delegation. She is a proud member of the House Committees on Transportation and Infrastructure, Foreign Affairs, and Homeland Security. In 2018, Dina was elected to become the Chair of a key Transportation and Infrastructure Subcommittee, where she works to help Nevada’s communities better respond to natural disasters, address the devastating impacts of climate change, and fight for infrastructure projects that will benefit the most vulnerable.

Alice Costandina Titus, better known to her Nevada constituents as Dina, grew up in Georgia, has lived in Nevada for over 35 years, and proudly represents Nevada’s First District in the United States Congress.

Dina’s Greek heritage has always been close to her heart. As a proud granddaughter of Greek immigrant Arthur Costandinos Cathones, Dina considers her Greek background to be an important part of her life even though she did not have the privilege of living in a large Greek community. Growing up in a small town in Georgia where her grandfather operated a restaurant, the family would have to drive to the nearest city – over a hundred miles away in Florida – to find feta cheese and Kalamata olives.

Dina’s grandfather emigrated from Greece in 1911, landing at Ellis Island. Growing up, Dina had a close relationship with him, spending much of her free time helping him around his restaurant. Since there was no church or Greek school nearby, her grandfather taught her to count and write the alphabet in Greek and introduced her to wonderful Greek food. When they took family trips, the first thing Dina looked for at any restaurant was a calendar with a picture of the Parthenon on the walls to see if it was run by Greeks. Later Dina honored the life and memory of her grandfather by purchasing a brick with his name on it at the restored Ellis Island. Additionally, when she took the oath of office at the beginning of her tenure in Congress, she did so with her hand on her grandfather’s Greek Bible. 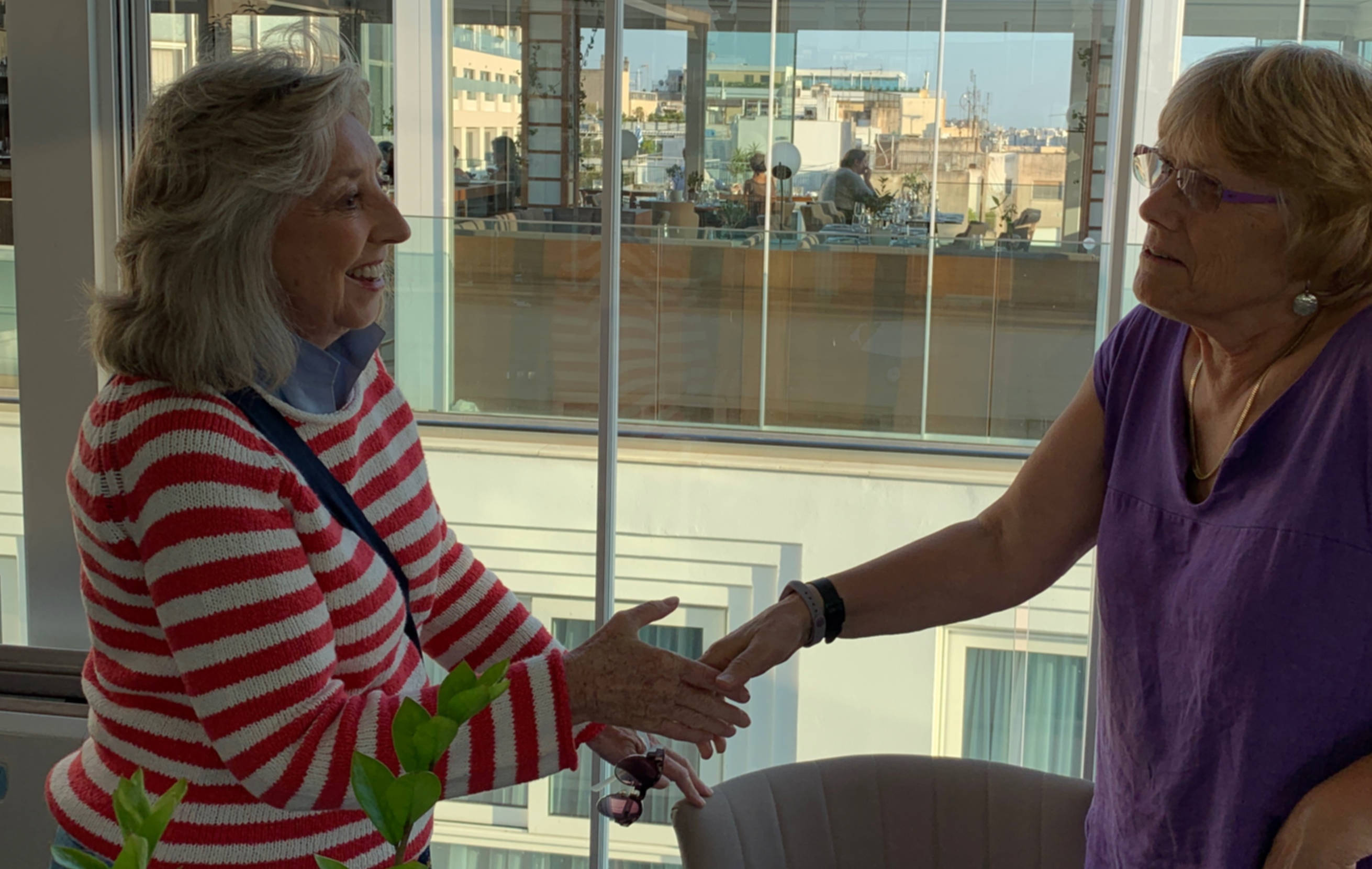 As an adult, Dina has fully embraced her Hellenic heritage. She first traveled to Greece in 1980, visiting relatives in Athens and Trikala, and has since returned a number of times. She loves traveling throughout the country with books on Greece’s rich history in hand in order to get a deeper understanding the country’s regions, ruins, culture, and cuisine. In Las Vegas, Dina attends the St. John the Baptist Church and participates in activities of the Philoptochos Society and Daughters of Penelope. And, of course, she keeps in close touch with her fellow members of the Greek community in Las Vegas and around the country.

As a proud Greek woman, Dina’s heritage has greatly influenced her outlook and perspective on life and the world. She has spoken out in favor of Hellenism in the classroom throughout her thirty-four-year tenure as a political science professor at the University of Nevada, Las Vegas, as well as in the Nevada legislature where she sponsored resolutions honoring the consecration of the new Greek church in Las Vegas and recognizing that Macedonia is Greek. The Pan-Macedonian Association of America distinguished her for this effort. She also received the Pericles award for civic leadership from the American Hellenic Council in Los Angeles in 2009 and was recognized by PSEKA at the 26th Annual Cyprus and Hellenic Leadership Conference in Washington, D.C. More recently, Dina was honored at the 2012 Salute to Women event hosted by the Daughters of Penelope.

In Congress, Dina is a member of the Hellenic Caucus and has stood in strong support of efforts to protect the Ecumenical Patriarchate in Istanbul, reunify Cyprus, and maintain the Greek sanctity of the name and symbols of Macedonia.

Dina has also been a leader in the effort to pass resolutions in the House recognizing the independence of Greece and the Daughters of Penelope. She is also a founding member of the Greek-Israeli Caucus started in 2013 and is currently the only Greek woman in the U.S. Congress. Throughout her tenure in Washington, she has sought the wise counsel of members of the Greek community on these important issues and considers Rep. John Sarbanes (D) and Rep. Gus Bilirakis (R) close friends and mentors.

In June of 2009, Dina was honored to represent President Obama at the opening of the new Acropolis Museum in Athens, where she met with Greek leaders to discuss the important relationship between the United States and Greece. Later that year, she was privileged to meet His All Holiness Ecumenical Patriarch Bartholomew when he came to Washington in November. Dina’s work in building strong relationships with the embassies of Greece and Cyprus has further increased cooperation between Athens, Nicosia, and Washington.

As a professor, Dr. Titus taught American and Nevada government classes from 1979 through June 2011 at the University of Nevada, Las Vegas where she has professor emeritus status. A noted non-fiction writer, she is internationally known for her expertise in the history and policies related to nuclear power, weaponry, and waste as well as for her knowledge of the popular lore of "Atomic Culture."

In 1988, Dina was elected to represent the people of District Seven in the Nevada State Senate, serving as the Democratic Minority Leader from 1993 to 2008. During her service in the Legislature, Dina was a champion for quality education and renewable energy development, and a strong advocate on behalf of Nevada’s children, seniors, and persons with disabilities.

Dina has received numerous awards from various state and local organizations, but one of her proudest moments came in 2006 with the dedication of the Dina Titus Estates, an innovative affordable housing complex for disabled Nevadans, named in recognition of Dina's tireless advocacy.
After helping the Las Vegas community recover from the deadliest shooting in modern American history, Dina has emerged as one of the leading voices in Congress for substantive action to reduce gun violence. She is a strong advocate for the DREAM Act and comprehensive immigration reform. An expert on matters of nuclear energy and waste, Dina leads the effort in Congress to oppose the revitalization of Yucca Mountain.

Dina grew up in the small town of Tifton, Georgia, with her parents, Joe and Betty Titus, and her younger sister, Dr. Rho Hudson, who is a professor of special education and founding faculty member of Nevada State College. Dina is a graduate of the College of William and Mary, holds a master’s degree from the University of Georgia, and earned her Doctorate at Florida State University.

Dina has been married to Professor Thomas C. Wright for over 35 years. Tom, a Latin American historian, received the prestigious UNLV Distinguished Professor award in 2008 and is the author of a number of award-winning books, most notably on political exile and human rights. John Wright Hall on campus is named after his father, pioneer professor at UNLV.