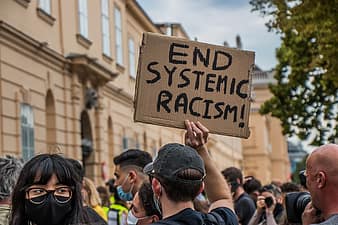 In response to current events, several documentaries and feature films are streaming at no cost. The films are being offered as a resource to help educate people about the dangers of systemic racism.

You can rent "Just Mercy" for free in June through a variety of digital movie services in the US, including Apple TV, FandangoNow, Google Play, Amazon Prime Video, Redbox, the PlayStation Store, Vudu, Microsoft, and YouTube.

You can also watch DuVernay’s Martin Luther King film Selma for free, on YouTube/Google Play, Apple, Amazon Prime, and other streaming platforms listed here.attempts to debunk the mythology of inherent black criminality and suggests that the disproportionate number of African-Americans behind bars today is another, modern-day version of slavery.

Spencer Wolff made his award-winning documentary „STOP“ available on streaming for a limited time in order to contribute to informed dialogue and discussion around racial bias in policing and its costs to society.

The feature-length documentary "STOP" follows three years in the life of David Ourlicht, one of the four named plaintiffs in Floyd vs. The city of New York. By interweaving the story of David's family with the action around the trial, STOP places the stop and frisk controversy in the context of a long history of civil rights. From David's Jewish grandfather, who describes being arrested in Greenwich Village on his mixed-race first date with David's grandmother, an African-American woman, to David's biracial father, Italian-American mother, and mixed-race sister, the Ourlicht family offers a powerful backdrop to the flashpoint issue of stop and frisk. The film asks: Must we trade safety for civil rights?

You can see the trailer here:

And you can watch the full-length film here:

STOP was honored with a silver gavel by the American Bar Association and has been used in countless universities and educational settings. The film is especially recommended to those who still question the legitimacy of the George Floyd protests or the Black Lives Matter movement. Feel free to share.

The documentary film "Suppressed" from 2019 shows in detail the voter suppression abuse in Georgia during the 2018 midterm election where Stacey Abrams ran to be the first Black woman governor in the US. Votes were suppressed in Georgia using tactics such as closing polling sites, relocating equipment, voter purges, missing absentee ballots, extremely long wait times, and voter ID issues. This prevented many students and people of color from casting their ballots which was its intention.

You can watch the full-length documentary film here: