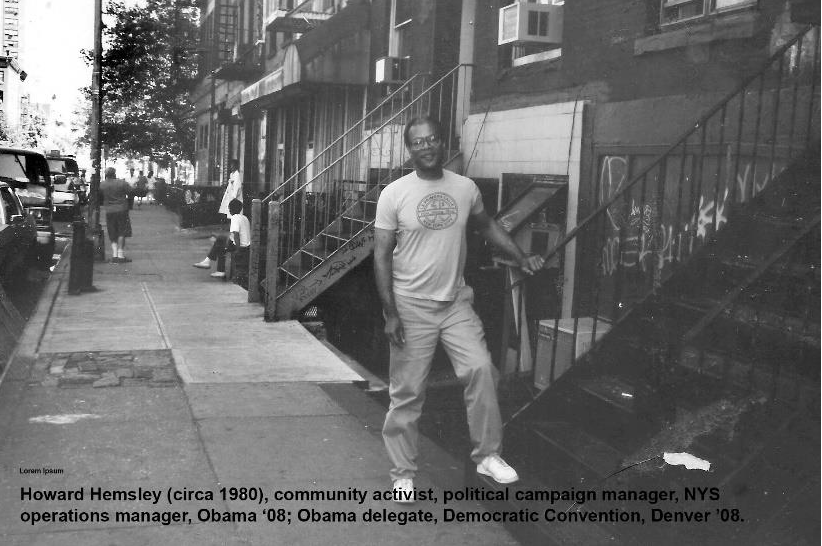 I came home from work and instead of the usual puddle of piss in my doorway, there was a dead rat. It was the size of a cat and laid in state on a white paper plate; a message from the dealers, steerers, and lookouts who sat on stoops and lounged in tenement doorways on First Street; a drug supermarket where cars with Jersey plates and dudes in ragged sneakers came to cop. It was the eighties.

There were drugs on the block when I moved there five years before after serving every day of a three-year sentence at Lewisburg Federal Penitentiary for the minor crime of passing bad checks and the major crime of being a smart-ass New York ni****r. Drugs on the block did not matter. What mattered was my ground floor loft, a former hippie belt factory more than twice the size of the railroad apartments upstairs. The rent was two-fifty a month and there was no heat, electricity, or plumbing when I moved in. A broken toilet in the middle of the floor was all that remained. With my overtime, I could make it a dream apartment. My arrogance had gotten me a job at a bigtime Wall Street law firm, where I worked sixty, seventy, sometimes eighty hours a week on deals worth billions. Every day I locked horns with biggety Harvard and Yale lawyers who decided I was a revolutionary.

After five years I knew my neighbors well enough to nod hello. My front door opened to the sidewalk and I did not have to enter the building with the weekend one-night stands from gay bars in the West Village.

Three months before the rat, Martha, one of the few neighbors whose name I knew, had stopped me on the street and had invited me to a meeting about drugs on the block.

“It’s not about drug use. It’s about old people, women, and children who are scared to walk down the street. It’s about friends who won’t visit.”

In a previous life I had had my fill of meetings; most were self-congratulatory ego exercises when I could be doing real work. But Martha had started me thinking; I had no problem living on First Street, but others did. I could bullshit at work and solve the world’s problems, another ego exercise. But if neighbors would not help neighbors, there was no hope.

I went to the meeting, listened to a catalog of complaints, and left in an hour. A waste of time.

Martha cornered me at the newsstand and asked why I had walked out.

“There was no agenda, and nobody had a solution other than calling for more cops.”

“What if you ran the meeting?”

The police had a meeting for community leaders that started off with spiffy slides and charts about the Golden Triangle where poppies were produced. I wanted to hear about First Street and yelled bullshit as I walked out the door.

On our own, we set up a phone tree where neighbors, afraid to get involved themselves, would call me or Robert with the details of a drug deal they had witnessed. Robert was a big guy in his thirties who did graphic arts from the loft building next to the abandoned bocce court. Robert and I made dozens of calls to the drug hotline and provided detailed descriptions of the perps and the locations of drugs stashes. Nothing happened.

Every Saturday morning, we fell out with brooms and swept down the block and ever so politely asked the dealers to move the fuck out of the way while we hosed down the stoops and sidewalks. The dealers were Black or Hispanic, but we bent over backward not to make it about race. This was a do-your-own-thing kind of neighborhood and insofar as we were concerned, the dealers and junkies were victims.

We cleaned up the rubbish from the bocce court, unused since the Italians founded Little Italy. A basketball rim was installed on a wall and a strip of dirt became a garden. Maybe if we showed that real people lived here, families with kids, the drug trade would pick up and move. A simple-minded waste of time.

Although First Street was mainly Puerto Rican, there were no Latinos in the block association. No Blacks other than me, the spade in residence. An abundance of talent resided in our block’s unsung artists, Avant-guard dancers, far out filmmakers, nine to five working stiffs, and balding hippies. Unity was what we lacked. Still we suffered from the middle-class mentality and, unlike our poor Puerto Rican neighbors, believed in our heart of hearts that cops worked for us. This was the line I took as I ranted at the Community Board and every venue I attended as president of the block association. Our petitions, phone-ins, and postcard campaigns targeted our city councilmember and the state representatives. They patted us on the head and promised to make things better. The local press decided there was no story there though East Village anarchists called me a right-wing horror. I was loud, obnoxious, and a damned nuisance, still nothing happened.

One thing, however, did happen; neighbors began to nurture each other and create a caring community. Even the Puerto Ricans got the spirit and brought their brooms and cuchifritos to block cleanup parties. There were tee shirts with a First Street Block Association logo. Second and Third Street sought advice. We were happening but nothing else was.

More than a year later as I walked home from Katz deli, I saw a U-Haul trailer truck parked on the block. The back door was raised and about thirty armed men in full combat gear jumped out and began arresting all nonresidents on the block. Stashes were uncovered and seized. The operation took less than a half-hour. Later I learned the cops had filmed from the rooftops and had identified the dealers, lookouts, steerers, and stashes. Because we had shown we had power, somebody somewhere had acted.

To celebrate our victory, we had a street fair with rock bands and tables where people sold their used and unused stuff that had cluttered their apartments. And a pony ride, face painting, and a Little Olympics for the kids. Money was raised to transform the bocce court into a children’s playground. That Christmas, I bought the biggest tree I could find and installed it in the First Street garden, my gift to my friends, my neighbors.

It was the beginning of the most satisfying period of my life, thirty years of battles, victories, losses, and best of all, comradeship capped by my campaign management of an openly gay Puerto Rican to the New York City Council in 1991. We made history. And then there was Barack Obama, but that is another story.