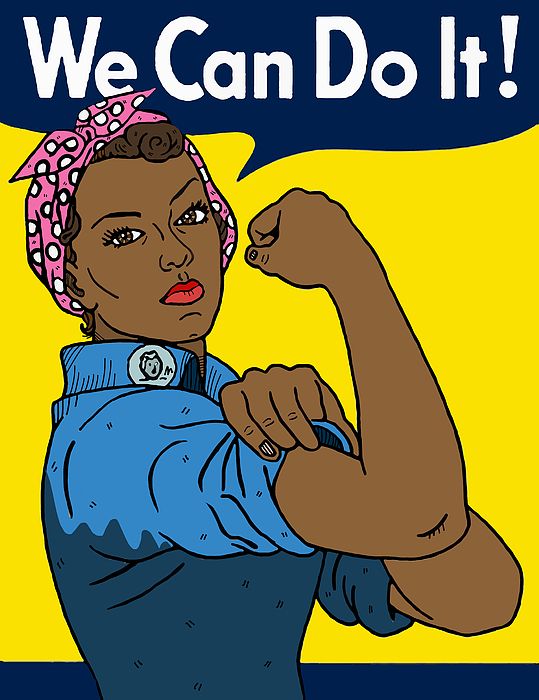 Just as Black history is American history, so too is Women’s history. Just as the “African American” section of the bookstore is as infuriating as it is necessary, so too is the Chick Lit genre and the “Women’s” section. They serve the purpose of highlighting writers, ideas, points of view, and histories that sadly might go unknown, unexplored, or underappreciated otherwise.

In celebration of International Women’s Day and Women’s History Month, we’ve put together a list of some of our favorite women writers. Some are well-known, some less so but all are deserving of their turn in the spotlight. We invite you to turn the page!

Although she is relatively unknown today—despite a rich, fascinating life---there are a decent handful of biographies to choose from if you are interested in learning about Pauli Murray. Born in Baltimore in 1910, and raised in Durham, North Carolina, Murray, the first African American woman to receive a Doctor of Law at Yale, a poet, a social activist, a confidante of Eleanor Roosevelt and Thurgood Marshall, tells her own tale in this hefty memoir. It is a lyrical, powerful story.

So many important Black women, so little time. Civil Rights and Human Rights activist Ella Baker is understood to be the power behind some of the most well-known civil rights leaders of the 20th century, including Martin Luther King Jr. and Stokely Carmichael. A primary advisor and strategist of the Student Nonviolent Coordinating Committee, Baker---because of racism and sexism within and without of the movement---didn’t get her proper due during her lifetime and this biography spotlights how she and we were robbed.

As a politics junkie and a proud race woman, I approached this book with a dash of obligation. But I was pleasantly surprised as I learned about Chisholm’s beginnings and her almost inevitable path to politics and public service. The book is a little light on family and makes you crave more from the tiny Brooklyn trailblazer, but this is a good thing. This memoir is a good place to start to learn about the first African American Congresswoman.

4. The Truths We Hold: An American Journey

The 2020 presidential race is just around the corner. And with so many throwing their hats into the ring and the unprecedented number of women already declared, why not dive into the presidential contender’s memoir? Harris is considered a front runner and has an intriguing life story to tell. She has been District Attorney of San Francisco, Attorney General of California, is currently a junior senator from the Golden State, a Howard University alumna, and an Alpha Kappa Alpha. Of African American and Indian heritage, Harris embodies the American Dream. Find out if she has what it takes to inhabit the White House.

Professor Cooper is a black feminist scholar, author, and unapologetic Beyoncé fan. In this hilarious treatise, she chronicles her journey to feminism, growing up a poor, “brilliant exception”, and intersectionality.

Gay’s novel is like Sherman’s 1864 march across Georgia. It lays waste to every sense and leaves the reader devastated. On a visit to her parent’s home in Haiti, something very, very bad happens to Mireille Duval Jameson. And Gay’s writing is so deft, by the end, you will feel as if it has also happened to you. You’ve been warned.

7. Praise for the Butterflies

In the fictional African country of Ukemby, nine-year-old Abeo Kata is ripped from her soft life of privilege and thrust into a life of rape and servitude after her cosmopolitan father is convinced by his superstitious mother that their run of bad luck can only be stopped by a sacrifice. In the dead of night, Abeo is handed over to a religious cult and made a trokosi or female slave. No one gets out of this book unsullied or wholly intact but there are survivors worth meeting.

8. The Chinaberry Tree: A Novel of American Life

An African-American editor, poet, essayist, novelist, and educator, Fauset was a big deal back in her day. The literary editor for the NAACP’s Crisis Magazine, she helped develop and introduce many Harlem Renaissance luminaries. Unwilling to let her own talents go to waste, she wrote four novels. In books such as The Chinaberry Tree, she explores feminism, race, sexuality, and class with a straightforward hand. Her well-heeled, educated, long-suffering characters like mixed-race Laurentine and her darker-skinned, striving cousin Melissa were lauded as a breath of fresh air by 1930s Harlem and beyond.

Smith, an award-winning novelist and essayist, tackles everything from social media to our love of libraries to our failure to combat global warming. A regular contributor to The New Yorker and the New York Review of Books and one of my top 5 favorite writers, Smith is at times whimsical, disoriented, furious, and hopeful. At every point, she is masterful in her clarity and style.

10. White Rage: The Unspoken Truth of Our Racial Divide

Dr. Anderson is new to me and I am obsessed. She is funny, smart, clear, and kind as she tells America what ails her. White Rage is the expansion of a 2014 op-ed for the Washington Post where Anderson argued the violence, protest and subsequent militarization of Ferguson after Michael Brown’s murder was a demonstration of “white rage” not black criminality. She makes the case for the idea that in the U.S. a crime isn’t a crime until the larger white society says it is or a white person is the victim. In White Rage, anti-black racism and retaliation is as American as apple pie.