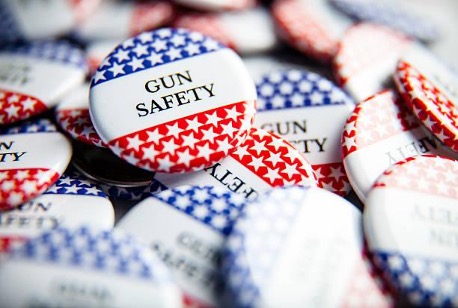 “The gun lobby’s interpretation of the Second Amendment is one of the greatest pieces of fraud, I repeat the word fraud, on the American people by special interest groups that I have seen in my lifetime.”

Greetings!  As we went to press, two landmark rulings came down that are causing a furor—A law that  limited who can get a permit to carry a gun in public in NY was overturned and the right for women to make decisions about their personal health care with the overturn of Roe v. Wade ending the right to legal abortions.

I hope everyone is listening and will act! We must not allow the radical element of our population to make decisions that affect all of us. They will not stop with banning legal abortions. They will march forward to take away same sex marriages and the right to privacy and who knows what else! Their desires know no bounds. It is interesting that Justice Thomas left one item, interracial marriage, off his hit list.

How do we stop this rampage on our rights? We VOTE and get all our acquaintances to vote! That is where the power is!

We recently celebrated the 247th birthday of the U.S. Army, our nation’s  first militia. Recently militia has become a very hot word  since the Second Amendment of the Constitution declares “A well regulated Militia, being necessary to the security of a free State, the right of the people to keep and bear Arms, shall not be infringed.”

Why would anyone think that the word “Militia” refers to individual citizens? Chief Justice Burger stated “The very language of the Second Amendment refutes any argument that it was intended to guarantee every citizen an unfettered right to any kind of weapon he or she desires.” (Associated Press, Bill of Rights article, 1991)

Justice Burger continued that “The real purpose of the Second Amendment was to ensure that state armies, the militia, would be maintained for the defense of the state.”

Do you wonder how many people clinging to the Second Amendment have done any military service? Visualizing the U.S. Army as a militia puts the definition of this word into perspective. Hiding behind the Constitution to advance personal agendas is unacceptable.

In a Huffpost article by Amanda Terkel the title says it all: You're 18. You Can't Rent A Car, Hit The Club Or Buy Cigarettes — But You Can Get An AR-15. Besides the items mentioned, you can’t buy alcohol, and can’t gamble, but you can buy an assault weapon.

Why should people-young, old, middle age-have to fear leaving the house to go to church, go shopping, go to school or just go out for a walk? The certain sages of the Supreme Court however voted to overturn the NY law that limited possession of firearms in NY with Justice Clarence Thomas stating  "New York’s proper-cause requirement violates the Fourteenth Amendment by preventing law-abiding citizens with ordinary self-defense needs from exercising their right to keep and bear arms in public." Carrying a gun should not be a necessity. There is no need for anyone to possess an assault weapon or any kind of military equipment.

We have made some progress with a bi-partisan Gun Safety bill (Bipartisan Safer Communities Act) that President Biden signed into law on June 25th but this is just a first step. Ask yourself why every single U.S. Senator is not on board with keeping our citizens safe from guns. How can this attitude be justified?

The Bill of Rights was adopted in 1791. The Constitution should be a living document that is updated sensibly—of course we need the majority to make sure changes are sensible! How do we make sure we have the majority? We get out the vote! We can no longer allow the radical element of the population to set the rules and terrorize everyone. Politicians must listen to their constituents.

Take a few moments to look over this information from the BBC News on America's gun culture - in seven charts. What can you do? As always, contact your U.S. Senators and everyone else you can think of including governors. You also could combine forces with Students Demand Action and Moms Demand Action. Help people register to vote, especially those who have just turned 18 or will be 18 for the 2022 election.

“We need to restore the protections of Roe as law of the land.  We need to elect officials who will do that. This fall, Roe is on the ballot.  Personal freedoms are on the ballot.  The right to privacy, liberty, equality, they’re all on the ballot.” — President Joe Biden
(Read President Biden’s entire June 24, 2022 speech.)

This is a tremendous challenge but we can succeed!

Get Out The Vote!

You don't have to be enrolled in VA benefits or health care to connect.

July is extra special for veterans because of National Hire A Veteran Day.

July 17 - Anniversary of John Lewis’s passing “Do not get lost in a sea of despair. Be hopeful, be optimistic. Our struggle is not the struggle of a day, a week, a month, or a year, it is the struggle of a lifetime. Never, ever be afraid to make some noise and get in good trouble, necessary trouble." - John Lewis

July 21 - Anniversary of the Creation of Veterans Administration

YOUR VOTE IS YOUR VOICE!

“The only thing that can stop a bad politician
with a vote is a good citizen with a vote.”

Request your absentee ballot at Vote From Abroad.

Voter Registration Training How to fill out FPCA forms and help others to vote. 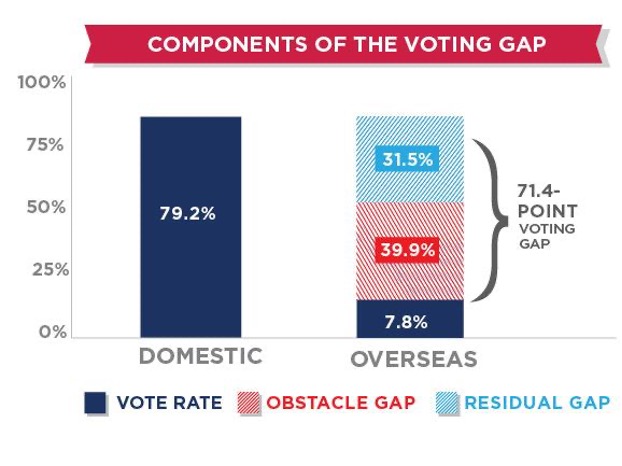 Compared to people living in the United States, citizens living abroad are much less likely to vote in federal elections. FVAP calls the difference the voting gap. While some overseas citizens don't want to vote, in 2020 over half of the gap between domestic and overseas voting rates could be attributed to real or perceived obstacles overseas citizens encountered while trying to vote that domestic voters do not face. (from FVAP)

2022 Primary Elections by state and territory

WHAT’S CONGRESS UP TO?

Senate passes historic bill to help veterans exposed to burn pits during military service. Thursday, June 16, 2022, a bipartisan majority in the Senate (84-14) passed S. 797, the PACT Act! House Speaker Nancy Pelosi has pledged to send it quickly to President Joe Biden after the House votes on it. The bill is an amended version of H.R. 3967, the Sergeant First Class Heath Robinson Honoring Our Promise to Address Comprehensive Toxics (PACT) Act that originally passed the House on March 3, 2022.

Bills Signed: S. 1760, S. 1872, S. 2102, S. 2514, S. 2533, S. 2687, S. 3527, S. 4089, and S. 4119. On June 7, 2022, President Biden signed several bills into law which benefit the veterans’ community. These included the Making Advances in Mammography and Medical Options for Veterans Act - legislation that makes a number of changes to VA’s mammography screening and access to medical care - is now the law of the land. The Strengthening Oversight for Veterans Act - legislation which temporarily authorizes the VA’s Office of Inspector General to issue subpoenas in certain circumstances - is also law.

H.R. 7375 – important legislation for the overseas-based student veterans and military families community who are currently facing barriers in using their GI Bill educational benefits passed the House of Representative on May 17, 2022. This legislation would require the Dept. of Veterans Affairs (VA) within 90 days of enactment to update its pitifully-outdated electronic payment system so that foreign universities could receive electronic tuition payments, and thus allow student veterans, once again, to enroll without problems and start, continue or complete their VA-approved education programs.

Of note: The VA’s Asset and Infrastructure Review (AIR) Commission report has made recommendations to Congress on the closure of certain medical centers and outpatient clinics, VA’s Manila Regional Office and Outpatient Clinic: This is the only VA medical facility located outside of the 50 states and U.S. territories that was not included in the Commission’s closure report, and therefore will remain open.

Aviator Cancer Bill Would Push VA to Study Toxins Inhaled by Air Crews and Assess Links to Cancers Just like the fighter pilots they supported, many troops who fueled, armed, and maintained warplanes have been diagnosed with cancer. A new bill introduced this month would require the VA to identify cancer incidences throughout the aviation community, as well as what toxins were involved, and whether there could be a link between their illness and cancer. Go here for more information.

VA Telehealth Services: For access to the care you need, go here.

How to File a TRICARE Overseas Claim

Veteran Rapid Retraining Assistance Program (VRRAP) You might qualify for education and retraining.

"Let every nation know, whether it wishes us well or ill, we shall pay any price, bear any burden, meet any hardship, support any friend, oppose any foe, to assure the survival and success of liberty." 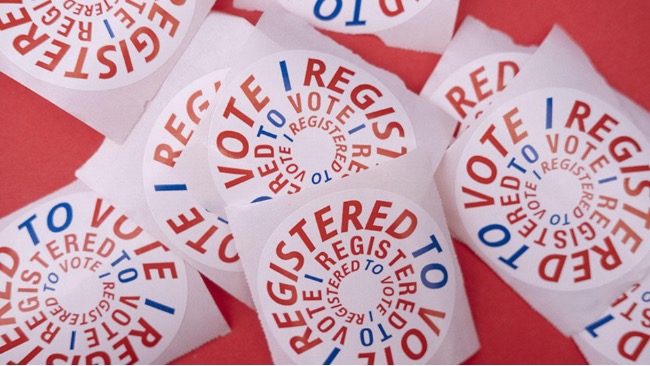