To find out more about DAF's new Leadership Candidates
and how to Vote in the DAF National Elections, CLICK HERE!

To RSVP for the DAF National Elections and Meeting
on May 11, 2019, CLICK HERE!

Spring is almost here...and so are the elections for Democrats Abroad France chapter leadership.  Throughout March (and early April), the eleven chapters of Democrats Abroad France will hold elections for the local leadership.  In most cases, the call for candidates has gone out from the chapters.  In many cases, there is still time to send in your candidacy.

Here is a list of our chapters - some old, some new -  and the dates of their elections.   Click on your chapter to be directed to the webpage with specific local information.  Feel free to contact your local chapter leadership for more information on the elections.

We encourage all Democrats Abroad France members to get involved in your local chapter in 2019!  Through the efforts of our local volunteers, DAFrance helped to drive the high level of overseas voting in the 2018 mid-terms that changed the direction of American politics.  However, our Get Out The Vote (GOTV) and other activities don’t come without the sustained efforts of the chapter executive committees.

With Democrats winning the House of Representatives in 2018, we must keep the momentum of our voices being heard loud and clear.  2020 is going to be another critical election year for the  Democratic Party...and for our country!  We need as many members as possible involved on a local level.  Even if you choose not to run for a leadership position, we encourage you to vote and to attend your chapter's election...you can meet the new leadership and other DA France members from your community.

Please note these are local elections which are independent of the national election for the DA-France Executive Committee to be held later this spring.
+

France has long been a welcoming haven for African-American artists, from Henry Osawa Tanner to Dexter Gordon. Is the United States now a refuge for France's blacks, playing a similar role in reverse?  As the presence of Africans and Afro-Caribbeans has grown in France in recent decades, tensions have risen between the descendants of immigrants and the native population. The visibility of blacks in professional and public positions is limited. Socio-economic inequality and problems with police are very similar to those in the United States. Increasingly, French blacks have turned to the U.S. for inspiration and opportunity. Intellectuals have found teaching opportunities in the U.S. Activists have sought inspiration in the political strategies of African-Americans.

Democrats Abroad France - Diversity Caucus  will be hosting a discussion focused on  black history in France on February 28th. We will be welcoming journalist, author, filmmaker and activist Rokhaya Diallo in a discussion moderated by author, journalist and all-around "man of the world" Joel Dreyfuss.

About Rokhaya Diallo: Journalist and author, she devotes her work to issues related to  racial equality.  She has published "How to Talk About Racism to Children" and "Afro!" with the photographer Brigitte Sombié.  Ms. Diallo has directed several documentaries including "The Networks of Hate" devoted to cyberbullying and "From Paris to Ferguson: Guilty of Being Black" about police violence in France and the United States.  To read more from Rokhaya Diallo.

This discussion will focus on the peculiar status of blacks in France, their perception of African-American progress and the challenges of developing a successful strategy for full equality in France.

We are asking for an optional donation of 5€ to help us cover the costs of the event.

As has been announced previously, DAF's new Paris Chapter will conduct its first Leadership Election on March 9, 2019 (at the American Church in Paris, from 2-5PM).

The nominations period for candidates is open, and the deadline has been extended to February 20, 2019. Candidates are sought for the following positions:

Our theme was VIOLENCE, in all its forms, against women.  "Sexual violence is a global epidemic that is all around us, yet it is nowhere, precisely because it permeates every facet of our presence in the world, echoing throughout political and popular cultures, ricocheting off the cement walls that define our boundaries." - Michele Chen from  Roxane Gay's "Not That Bad."

We need and Equal Rights Amendment to protect women against violence.  Laws alone do not solve the problem.

Salli Swartz leads the discussion about the ERA that followed the viewing of the documentary Equal Means Equal, answering the question: Why, in the year 2019 with so many opportunities for American women, do we need the Equal Rights Amendment?

The weekend of January 19-20 will be the 2nd anniversary of the Global Women's March!

DA members world-wide will be joining in marches, workshops, and rallies for another Women’sMarch. This year’s theme is “Stop Violence Against Women.” Our DA Global Women’s caucus will focus on achieving this goal by working through our legal system to secure “Equality under the law.”

In recent months, there has been lots of activity in reactivating the drive to pass the ERA.  We expect a 38th State to ratify the ERA within the next couple of weeks. In the past year, three more states have ratified it, bringing the count of states who have ratified it to 37 (38 are needed to bring it to Congress). The campaign to pass it is enormous and many people feel that the moment is right now. Here’s the basic premise of why we need the ERA.

Why, in the year 2019 with so many opportunities for American women, do we need the Equal Rights Amendment?

Please join us on January 20th at Place Palais Royale to show that the Women's Wave is alive and well and living in Paris! For more info and poster ideas, click here.

If you support women’s rights, you can join the Democrats Abroad Global Women’s Caucus. JOIN US!

Watch the video "Legalize Equality."   This 30 minute video gives an excellent overview of the Equal Rights Amendment and why it is critical that it be ratified NOW.

TO RECEIVE THE STREAMING LINK AND PASSWORD, CLICK RSVP AND YOU WILL RECEIVE AN EMAIL WITH THE INFORMATION IN IT.

Feel free to share the link and password to DA members that want to view it. However, please do NOT post the link and password on the internet in any way. Only Democrats Abroad has access for this private screening and we need to honor this special access given by Equal Means Equal and Heroica Films.

We are Democrats Abroad France 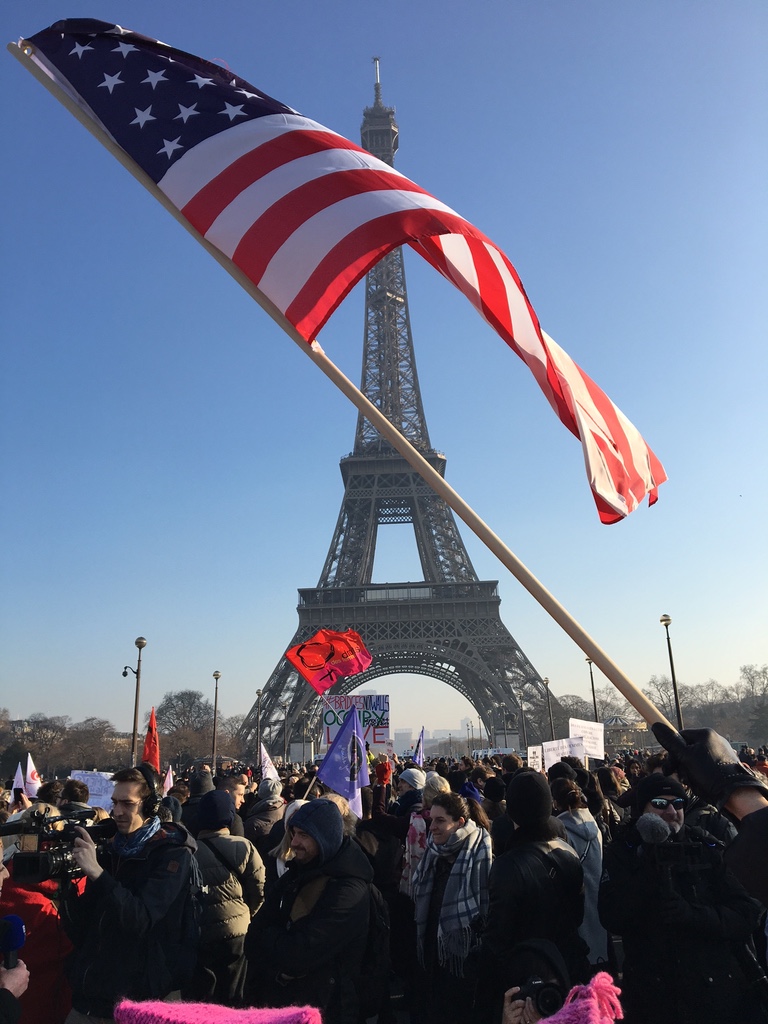 We are one of the largest and one of the oldest country committees of Democrats Abroad - the official Democratic Party arm for the millions of Americans living outside the United States. We are a volunteer-based organization with a presence across France.

Our mission:   To provide Americans living in France a voice in our government and to elect Democrats by mobilizing the overseas vote.

Our Chapters: Wherever you are in France, there is a chapter with events for our members. Click on a link to find your local chapter:

Our Caucuses: We have several active caucuses that focus on specific progressive issues/groups:

Our activities: These range from monthly get-togethers, lectures, panel discussions, film screenings, and guest speakers to political rallies and marches!  And more… 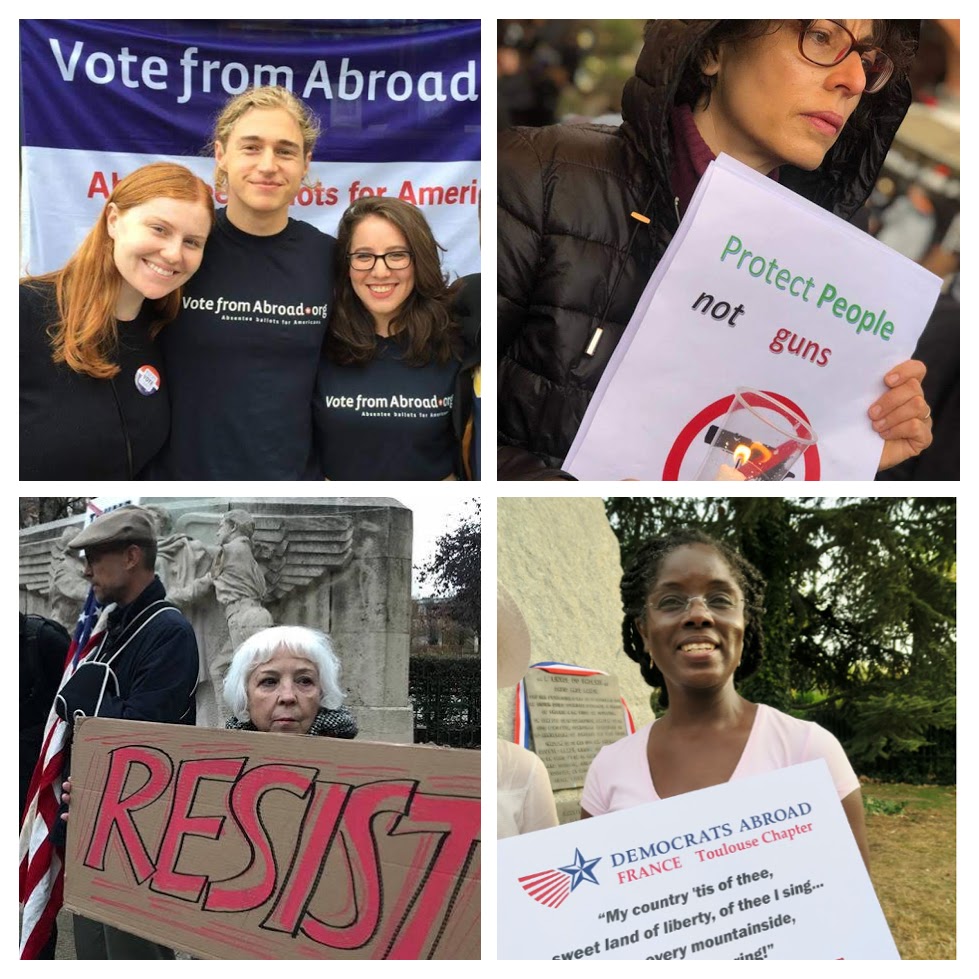 If you would like to volunteer, please let us know.

JOIN us in supporting the ERA ratification campaign!

We are one state away from getting the Equal Rights Amendment ratified! That means we are SO close to equal rights and equal protection for women under the U.S. Constitution!

Here are social media posts in support of ERA ratification from Gretchen Pascalis, Chair of DAGrenoble, and Meredith Wheeler, Chair of DAToulouse. 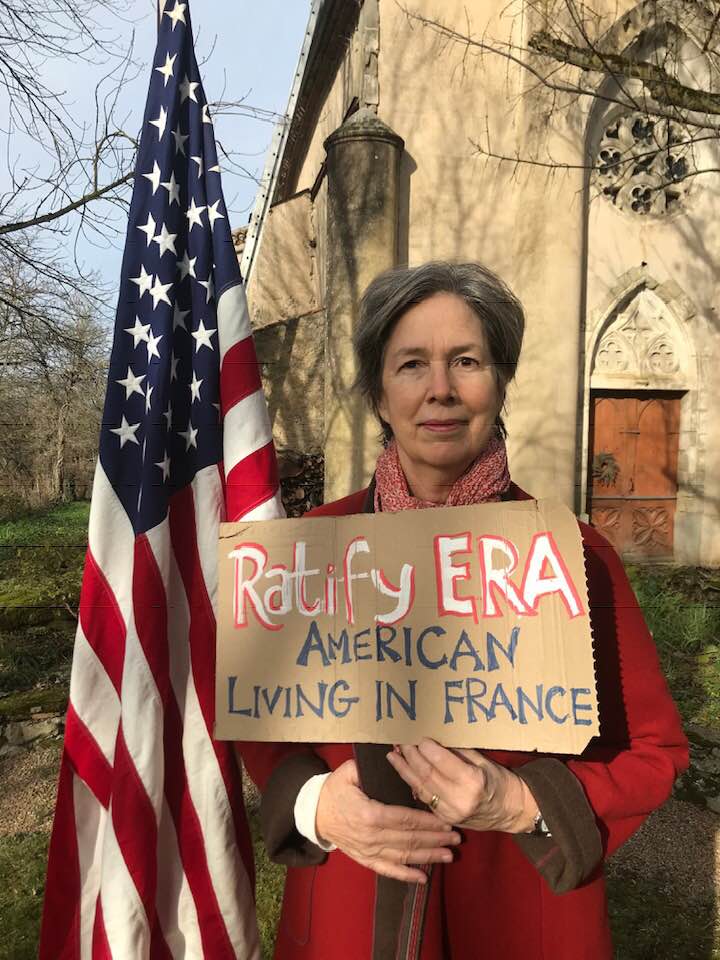 They would love to have some photos and videos of Americans living abroad who support ERA to use to win over some votes. So if you could take a photo holding a sign and/or make a 30-45 second video, that would be appreciated. Arizona and North Carolina are two other states being targeted in this campaign.

Don't forget to use the hashtags #DAforERA and #EqualMeansEqual. Also, please tag @DemocratsAbroadFrance on Facebook and Instagram (@DemsFrance on Twitter) so that we can amplify your action.

So – show your support of women and equal rights by creating a photo and/or video.

About the Film: "Latino: The Changing Face of America"

By 2035, Latinos will represent 35% of the U.S. population. How will this impact America’s political, social, economic and cultural future?

Whatever the current political climate and the desire to build huge walls, immigration has always played an important role in the history of the United States. And Latinos in particular are not becoming Americans like the immigrants before them... They have always been neighbours and share a long history with the U.S.

As recently as 2012, Latinos as a group had overwhelmingly voted for President Obama and thus given him a second term in office. That day, Latinos as a unified demographic, demonstrated that they could soon become a political weight to be reckoned with.

From DAFrance's Diversity Caucus co-chair, Roxanne Frias, the film "Latino: The Changing Face of America" was shot in the run-up to the 2016 elections.  She wanted to find out to what extent Latino influence had already changed the identity and economic structure of the country...   In 2018, the film was selected (from among 600 submissions) for the 21st UNAFF (United Nations Association Film Festival).

A word about the author/director: Roxanne Frias has made a number of documentaries on the U.S., among them Made in Chicago, The Making of Barack Obama.

For more information on the screening and to RSVP: https://www.democratsabroad.org/lrkennedy/film_screening_latino_the_changing_face_of_america_lkx5cesmdm-wh74l9ksvgq