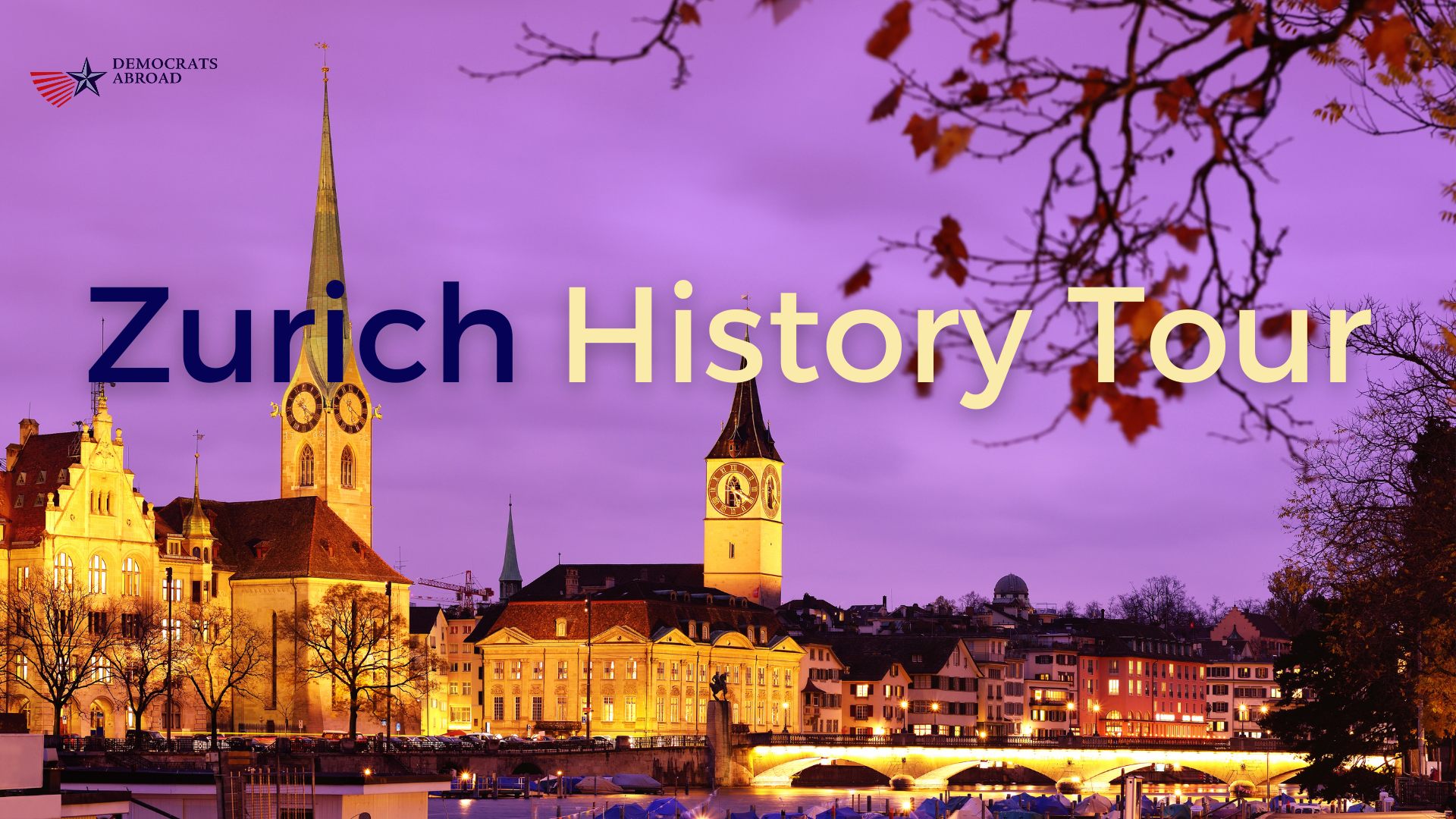 Zurich has enjoyed a rich history, from modest beginnings as a Celtic village to influential financial centre. Along the way it has been home to the Protestant Reformation, Russian Communism, and Dadaism.

This event is a fundraiser for Democrats Abroad Switzerland, although it is open to non-US citizens as well.

Payment can be made ahead of time via bank transfer, PayPal, or Twint.

RSVPing on this site does not reserve your spot on the tour; you must buy a ticket at Eventzilla.