Having trouble viewing this email? You can read the newsletter online.

Our Executive Committee meetings are held on the second Wednesday of the month. Our next meeting will be held online on: Wednesday, June 9, 2021, at 7 p.m. Members are welcome to join us at the meetings. Please contact Richard at [email protected] to join. 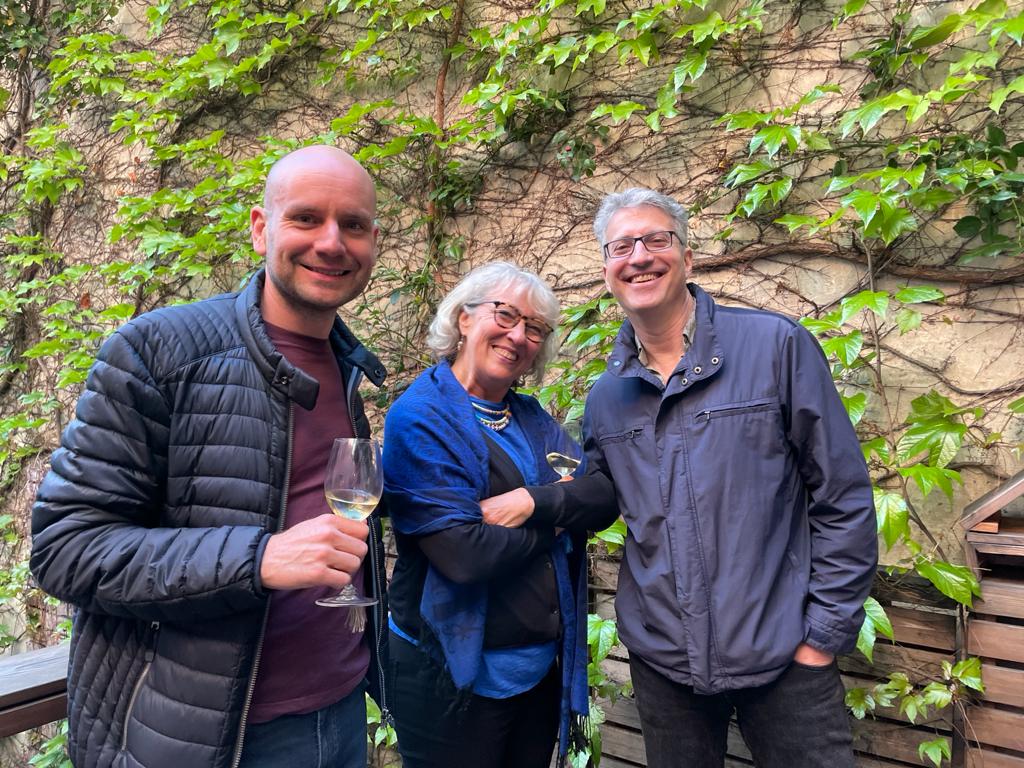 DAA has a new Phone Bank Coordinator! Yvonne Richard has taken on the position of head of phone bankers. Yvonne lives in Vienna and has a lot of experience in phone banking, including being one of the top callers in the 2020 election cycle. She will be supported by Marjorie Rosenberg in Graz, who was also very active on Call Hub during the last presidential election. DAA’s phone bankers helped raise the global turnout in the crucial election that voted Trump out of the White House. Next year when both the Senate and House are at stake, our team of phone bankers in Austria will again play a crucial role in raising awareness for the midterms among American voters living overseas and helping them cast their ballots from abroad. 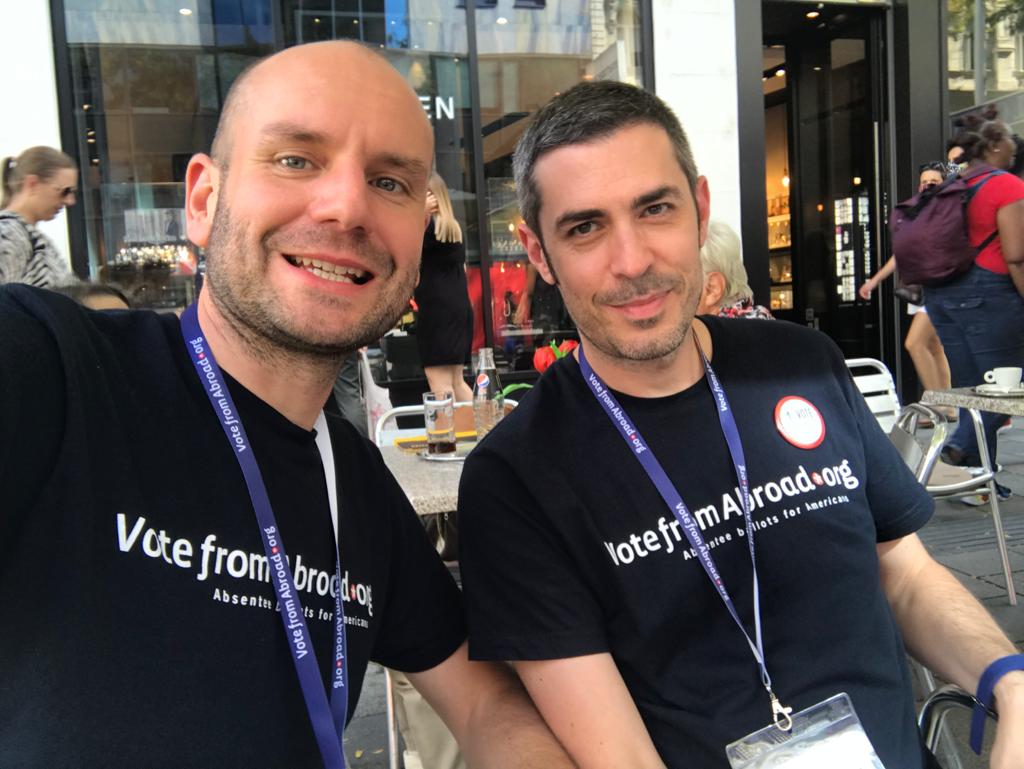 It’s a bittersweet goodbye to two of DA Austria’s most dedicated super volunteers who are moving back to the US in June. Dan Englund and Michael Wagner arrived on the DAA scene a few years ago and quickly became regular attendees of Solidarity Sundays, Pro DA, Pride parades, and other meetings and events. They also became invaluable super volunteers as they dedicated many hours to helping Americans register to vote at voter registration events and the Global Presidential Primary. Michael was Phone Bank Coordinator during the 2020 election cycle, and his leadership resulted in DA Austria’s wildly successful call campaign in 2020.

We wish you a great next chapter in your lives, and we will see you again!

Our book club is back! We're starting off with Homegoing by Yaa Gyasi, a historical novel that traces the descendants of two half-sisters Effia and Esi, born into different villages in Ghana. Homegoing follows the parallel narrative lines of their descendants through eight generations, intimately portraying African and African American experiences in the aftermath of enslavement. Join our virtual meeting Sunday, June 20 at 4 p.m. via Zoom. Be sure to RSVP on the Democrats Abroad page to get the link. See you there! 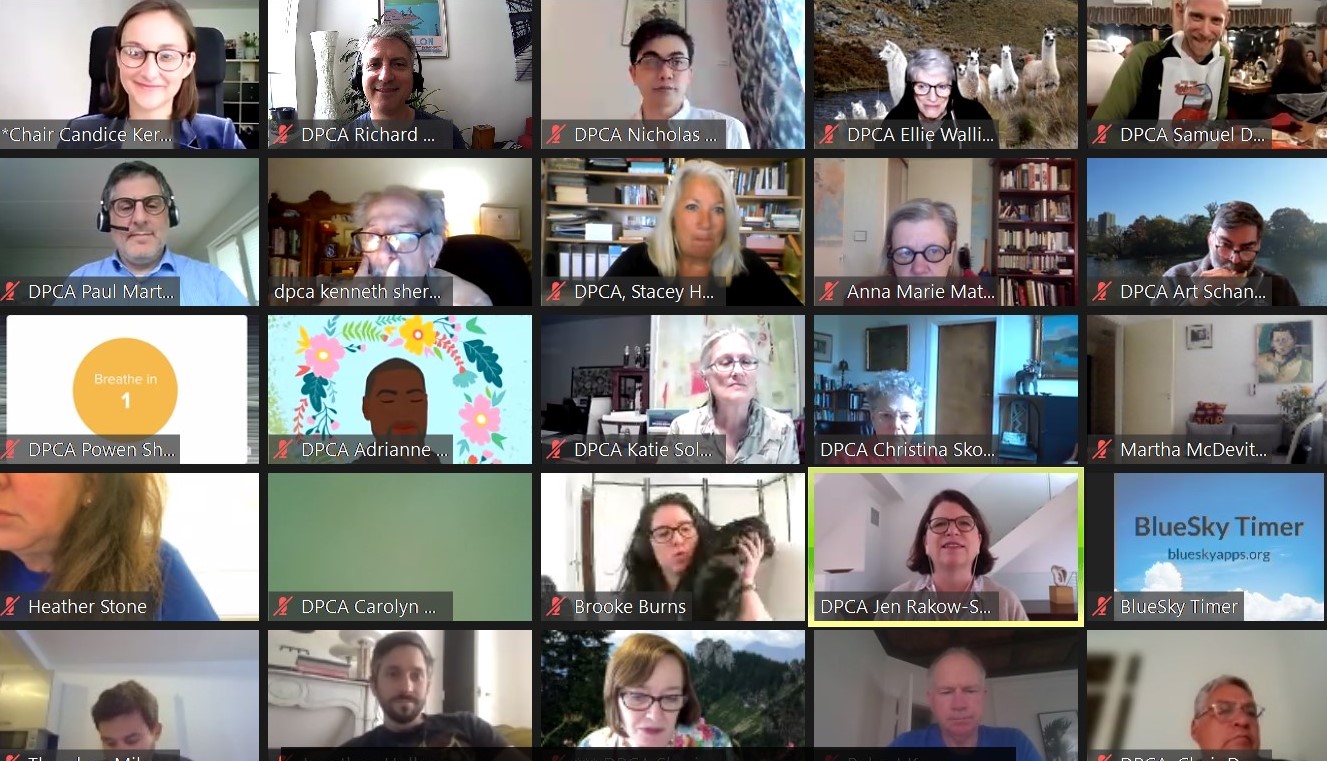 June 15 is the tax filing deadline for Americans abroad. To help you get prepared, Democrats Abroad Austria hosted a 90-minute webinar in May titled Expat Taxes 101. It was a super informative session with two amazing guest panelists: Nathalie Goldstein of MyExpatTaxes, and Katelynn Minott of Bright!Tax. They covered everything from the basics of tax filing and getting your stimulus payments (if you haven’t already), to the Foreign Bank Account Report (FBAR) and the IRS’s amnesty program for those who may be behind in their filings.

If you missed it and would like a recording, please make at least the minimum donation for our global get-out-the-vote efforts in 2022 by clicking here, and then send your request to Richard Miller at [email protected]. 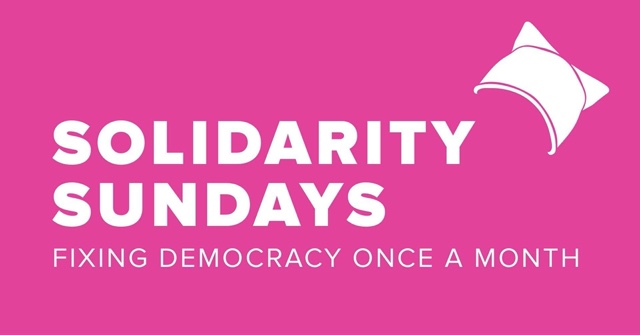 Solidarity Sundays looked at a critical, little-understood aspect of the Biden project. His infrastructure plan aims to transform America's economy and society. We talk about what the proposals contain, how much they will cost, in what shape they will pass — if they will pass at all. But what happens after the legislation becomes law may be the most consequential part of all.

Elaine Kamarck, Harvard professor and seasoned White House advisor, addressed the question, why do modern presidencies begin in hope and end in disappointment? Her answer:  presidents enter office with little understanding of the massive government they're supposed to run.

Inexperience can cripple an administration. Consider Bush and the Iraq War, his response to Katrina, and the disastrous rollout of the Obamacare website. These failures ended hopes of progress on important policy issues. Worse, they eroded trust in the ability of government to solve people's problems. Donald Trump leveraged this disillusionment to vault to the Oval Office.

Dr. Kamarck credits Trump's cluelessness about the federal government as the reason it remains intact. Biden, by contrast, understood how to harness the government's capacity to tame the pandemic. If he creates infrastructure jobs before the midterms, she predicts a good outcome for Democrats. You can get Dr. Kamarck's book, "Why Presidents Fail -- and How They Can Succeed Again" here.

Solidarity Sundays explored trolling, the Republican political strategy of the internet age. Each day, Ted Cruz and Marjorie Taylor Greene intentionally bait liberals into online fights. And the engagement is a trap:  every time liberals fight with someone in the comments section or dunk with a Quote Tweet, algorithms push the offensive post into the feeds of more people. Read an excellent explanation of this GOP strategy — and how to outwit the algorithm — here.

Over the past decade, the Senate filibuster rule has ground essential Senate legislation to a virtual halt. In the last session, only four percent of proposed Senate legislation was brought to a vote (govtrack.us/congress). The minority party, whether Democratic or Republican, uses this tactic to indefinitely prolong legislative consideration or debate, which often results in no debate at all. All filibusters, however, are not the same. Rule of thumb estimates indicate that over the past decade, Democratic legislation had more popular support from all voters than was the case for proposed Republican legislation. Hence, Joe Biden could claim that the recent passage of the Covid-19 Relief Package had bipartisan support, even though Senate Republican members were uniformly opposed.

To defeat the filibuster maneuver and to actually bring legislation to a vote, a 3/5 majority or a 60 senator vote is required to close debate. The high threshold should prompt Senate members to negotiate across the aisle and reach legislative compromise. Such compromise, however, has been overtaken by party interest.  Popularly supported and essential legislation languishes and often dies as a result of  unprecedented filibuster use.

Thank you for reading the June Newsletter!