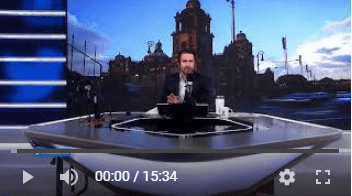 In May 2019, a Governance Task Force was convened by DAMX Chair, Will Chapman, with the charge to review the current bylaws and make recommendations for amendments, as it had been many years since there had been a comprehensive review, and many issues needed to be addressed. The bylaws were presented to and approved by the DAMX Executive Committee at the November 25th meeting. Early in the process, the task force made the decision to refer to the Democratic Party Committee Abroad (DPCA) Model Chapter Country Bylaws for guidance in amending the current DAMX Bylaws. For areas not addressed in the Model Chapter Country Bylaws the task force looked to other large country committees bylaws for guidance in how they addressed particular issues.

Article I: Name of the Organization - directly from DPCA Model Chapter Bylaws.

Article III: Members This article is primarily drawn from the DPCA model, with the following exceptions: 3.1 defines the principles as stated in the preamble; 3.2(iv): DPCA actually states principal residence, the task force modified it to say residence. 3.8 introduces the Board of Directors (BOD), which is defined in Article VII, and gives notice to chapter leadership, in addition to the member if that person is going to be removed from membership. Article III also addresses the care of personal data, which has not been done previously.

Article IV: Executive Committee This is a departure from current bylaws. The task force is proposing going with the Canadian model of a smaller Executive Committee that will handle most of the day-to-day management of the organization and a broader BOD meeting fewer times per year. This idea is to actually devolve most of the work down to the committees, working across chapters, with the BOD handling the more upper-level decisions. And also anticipating a growing BOD as more chapters are formed. 4.4 onward, provide more detail and definition of responsibilities of the officers of the Executive Committee. Also, 4.5 is another departure from current structure: the task force is again modeling this structure after other large membership countries, and specifically France, by proposing two ViceChairs: Vice Chair of Global and Regional Affairs and Vice Chair of Chapter Affairs. We believe that this will provide a better division of duties, make the Chair's responsibilities more manageable and increase the depth of the organizational chart. 4.7 & 4.8 A further division of duties, dividing the duties of Secretary into a Secretary for Membership and a Secretary for Administrative Records, since both of these roles are critical to our efficient functioning. 4.9 Immediate Past Chair language about limitations to the term of service is from France.

Board of Directors. This language is not in DPCA model bylaws but comes from Canada with some changes. The proposal for the Chapter Representatives to begin serving on the Board following the DAMX AGM is from Canada also.

Article VII: Board of Directors Again, this is a structural departure from the current organization. This article defines the members of the BOD. This language is a mix of DPCA Executive Committee language, France and Canada. 7.3 is language from Canada providing representation for DNC or International Officers who may in the future come from Mexico. 7.4 addresses 1 Person, 1 Vote, which means that even though a person may hold two offices, that person only has one vote, which is a DPCA governing principle. 7.5 This is a departure from DPCA language, and a major change to how we have transitioned from one administration to the next in the past. The goal here is to allow a period of 30 days' transition from when the AGM elections occur until terms expire and the new board members take office. In chapter articles, we are also proposing that all chapter representatives come onto the board at the same time, 30 days after the national AGM. 7.7 and 7.8 This is also a major addition, and comes from Canada. This provides for the removal of Board Members for absence or detrimental conduct.

Article IX: Committees Defines the Standing Committees, sub-committees and how ad hoc committees are created. This language comes from the DPCA model language, except for requiring each standing committee to hold meetings every other month. The task force also debated the challenges of open meetings for committees, in particular notifications and logistics. It was decided to remove that requirement.

Article XI: Chapters DPCA model bylaws do not provide Chapter language and our current bylaws have very little. These sub-articles provide more comprehensive language and primarily come from Canada and France. 11.2 The decision not to include a minimum number of members for a chapter was made to provide the BOD the flexibility to adjust the number in its policies and procedures, based on experience with new chapters going forward. 11.7 A Funding Task Force was convened to determine an alternative to the previous chapter financial obligation. A range consisting of a minimum and maximum was established based on the size of the chapter, and a formula was articulated to address the following challenges:

We settled on a minimum flat amount based on membership size and a maximum based on actual expenditures the chapters are making to fulfil the mission and execute the strategic plan. 11.8 Determines the criteria for a chapter to be dissolved. 11.9 Introduces the option of precincts to DAMX.

Article XII : Nominations and Elections This language is from the DPCA model updated according to the 2019 Country Committee Election Procedures.

Article XIII: Elections and Removal from DAMX Office This is primarily drawn from model DPCA bylaws and DPCA Country Committee Election Procedures, with the addition of Voting Representatives.

Article XIV: Meetings This language is primarily from the DPCA model bylaws, with the only change being what meetings are open to members: AGM, special membership meetings, Board of Directors and Exec. Comm because those meetings are held via WebEx or in public spaces and can be held at regularly scheduled times, making public notifications easier. A web page News posting will be utilized to list the scheduled meetings for the year for the ExCom and BOD. A member desiring to attend would contact the Secretary for Administrative Records to RSVP and request a link to the meeting. Non-board members attending can be muted on WebEx by the admin, and if public comment is going to be allowed, unmuted for a specified period of time, or via chat.

With the number of committee meetings, the notification of such can be burdensome. The minutes would be available upon request from the Secretary for Administrative Records. 14.6 This is from DPCA and helps resolve challenges DAMX may have with the current quorum requirements. 14.8 Goes into further detail on the notice of meetings, specifying that additional agenda items shall be presented to the chair two weeks in advance of a meeting.

The Executive Committee has made the decision that the bylaws will be considered effective January 1, 2020 upon ratification.

You may review our current bylaws HERE.

You may review our proposed bylaws HERE.

FAQs for US Citizens in Mexico

In this post, you can hear CDMX chairperson Gricha Raether (far right) participate in a debate on US-Mexico relations and comment on the latest on the impeachment process.

Statement on the Mass Shootings in El Paso, Texas and Dayton, Ohio

This weekend, we are once again brought to grief and sorrow over horrific mass shootings in America. The nightmare of gun violence struck early Sunday morning in an entertainment district in Dayton, Ohio, where a young man in body armor wielded an AK-47-style assault rifle, killing at least nine people and wounding 27. The dead included the shooter’s sister.

The tragedy in Dayton came less than 15 hours after the weekend’s first gun massacre, an act of domestic terrorism in which another young man with body armor and an assault rifle entered a Wal-mart in El Paso, Texas, killing 20 people and wounding more than two dozen. In a manifesto attributed to the shooter, he railed against immigrants and warned of a “Hispanic invasion of Texas.”

To those affected by these violent acts, we extend our deepest sympathies. Today we learned from Mexico’s Minister of Foreign Affairs, Marcelo Ebrard, that six Mexicans are among the dead in El Paso. We stand in solidarity with him and all others condemning this massacre as an act of terrorism.  We call on the U.S. government and Department of Justice to cooperate with those investigating this incident as an act of terrorism and support efforts to obtain all necessary legal evidence.

President Trump declared today that “hate has no place in our country.” We challenge the president to live up to his words and stop the hateful, racist rhetoric he has returned to time and again in his campaign and in his presidency. We urge the president to call out and condemn white supremacist terrorism in the same way that he has seized upon and condemned radical Islam. And we call on Congress to finally enact sensible gun reforms that a majority of Americans support. Let’s end this cycle of shock, grief, and rage once and for all.

On the Immigration Frontlines

DAMX Representative Samuel Stone speaks on the militarization of the 4th of July in Washington, D.C.