"At stake in cases challenging abortion restrictions is a woman’s 'control over her [own] destiny.' Their ability to realize their full potential, the Court recognized, is intimately connected to 'their ability to control their reproductive lives.'" She continued, "Thus, legal challenges to undue restrictions on abortion procedures do not seek to vindicate some generalized notion of privacy; rather, they center on a woman’s autonomy to determine her life’s course, and thus to enjoy equal citizenship stature.”

Greetings! Following May’s celebration of Press Freedom, we heard about the leaked draft of a Supreme Court opinion that could overturn Roe v. Wade. Now the question is when will we celebrate Freedom for Women and all US citizens regarding their personal health decisions?

Certain right-wing officials state that a right to abortion “is not deeply rooted in the nation's histories and traditions." Is that reason enough to ban it in 2022? I discovered an interesting fact when researching this topic. Benjamin Franklin included instructions for at-home abortions in a book in the 1700’s. There was no objection to this.

It is apparent that some justices are out of touch with the real world and do not care what the majority of US citizens think. Look at the numbers (from The Atlantic, May 13, 2022): In 1972, 83 percent of Americans agreed that abortions should be allowed when “a woman’s health [is] seriously endangered by the pregnancy” and 72 percent said the same when the pregnancy is the product of rape. In 2021, those numbers were 87 percent and 84 percent, respectively. At least 70 percent of Americans since 1972 have also favored legal abortion if “there is a strong chance of a serious defect in [the] baby.”

Hillary Clinton said, "I hope people now are fully aware of what we're up against because the only answer is at the ballot box to elect people who will stand up for every American's rights."

Voters UNITE! Vote these people out of office. Request your absentee ballots and urge your friends to get theirs! Protect our unalienable rights of life, liberty, and the pursuit of happiness! 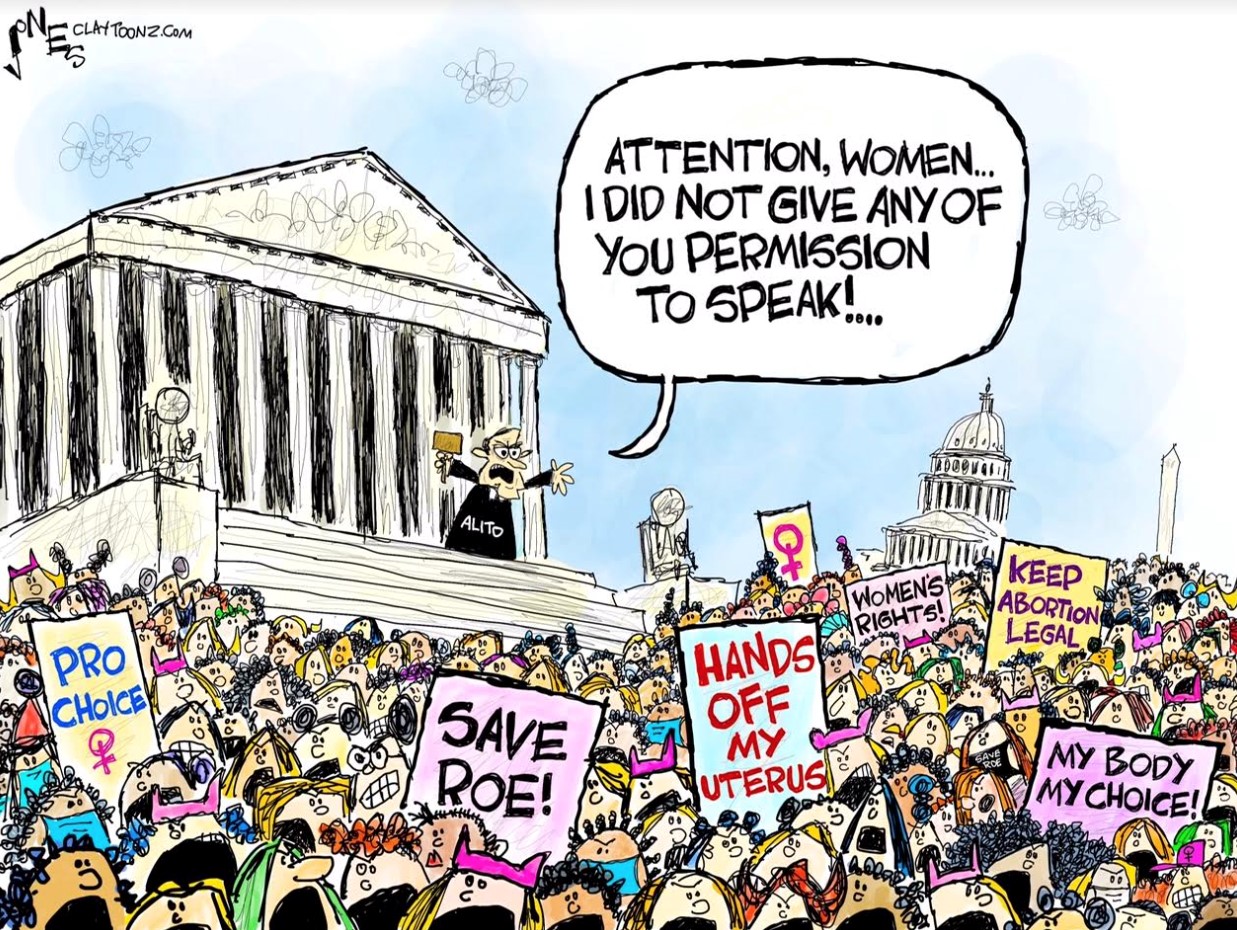 What Would Overturning Roe v. Wade Mean for the US Military?

● Reversing Roe Would Harm Military Readiness: Rachel VanLandingham, a lieutenant in the Air Force, accompanied a female officer to a substandard medical facility in Seoul to get a “back-alley abortion.” Abortions were illegal in South Korea then. Her commander would not grant her time off for legal abortion in the US. Here

● Abortion Would Suddenly Be Illegal in 26 States: Overturning Roe means many female service members could soon live where the procedure will be illegal. Click here. 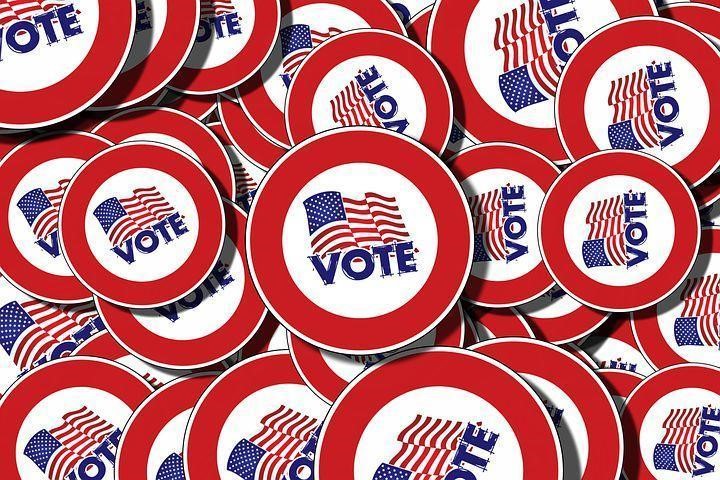 VOTING…IT IS WHAT WE ARE ALL ABOUT!

What can you do? With only six months left until the November midterm elections and Republican attacks on the rise, it has never been more urgent that our overseas ballots get returned and counted. It's all hands on deck here at Democrats Abroad!

All 435 U.S. Representatives, 34 U.S. Senators, 46 state legislatures, and 36 governorships are up for election this November! There are also state supreme court, school board, municipal elections, and more on the ballots.

Iowa's 3rd Congressional district was lost by only 6 votes in 2020; our votes could have prevented that from happening. We can be the margin of victory up and down the ballot!

Turnout in 2018 was historic and incredible—almost 50% of registered democratic voters voted. About 60 MILLION people turned out to vote for Democrats in House elections that year. You can help turnout by requesting our absentee ballots on Vote From Abroad TODAY.

The deadlines for primaries are below, and a very good resource is here:

June 14 - Flag Day: A day to commemorate the adoption of the US flag. John Philip Sousa's march, The Stars and Stripes Forever, is performed by the US Marine Band. Click here.

June 17 - Bunker Hill Day, part of the Siege of Boston during the American Revolutionary War, marks the anniversary of the Battle of Bunker Hill. For more, go here.

June 19 - Juneteenth: The Emancipation Proclamation freed all slaves in the United States on January 1, 1863. Now, this is a federal holiday recognizing the end of slavery. Click here.

June 23 - Coast Guard Auxiliary Birthday: The Auxiliary, an all-volunteer organization, is a support arm of the Coast Guard. For more, click here.

June 25 - Anniversary of the 1950 invasion of South Korea, when the North Korean People's Army crossed the 38th Parallel with 135,000 men. Click here for more details.

You can check our DA Activities this month by clicking here.

WHAT’S CONGRESS UP TO?

We are thrilled to share what Congressional Democrats have accomplished for veterans.

The Sergeant First Class Heath Robinson Honoring Our Promise to Address Comprehensive Toxics Act – This is the long-awaited Senate agreement to the House-passed bill known as H.R. 3967, the Honoring Our PACT Act. For nearly 50 years, veterans have been waiting for medical benefits after having been exposed to radiation, contaminated water, poisonous chemicals, and other toxic exposures while in uniformed service to our country. The time is NOW for the Senate to act and provide relief to these veterans.

On May 18th, the House of Representatives passed H.R. 7375, a bill spearheaded by DA VMF, requiring the VA to update its payment processing system within 90 days of enactment, allowing VA to electronically reimburse foreign universities and student veterans abroad to utilize their GI Bill. The bill was passed 397-15 and is now pending consideration by the Senate. Catch video of the House debate on H.R. 7375 here, the actual House vote as it happened here, and see how your representative voted here.

For both of these issues, you can contact the Senate Veterans’ Affairs Committee and both of your U.S. Senators to urge them to swiftly pass both of these bills.

VMF Health: Click here to go to the webpage on VMF Health.

Overseas Veterans Taxes: Changes to the Earned Income Tax Credit could lessen your tax burden or increase your refund thanks to two child tax credits. For more, click here.

The Global VMF Caucus Steering Committee meets once a month. All Democrats Abroad members are welcome to attend. The next VMF meeting will be on June 4, 2022, at 00:00 EDT.

Here is the login info for the Webex Meeting: Here

“The decision whether or not to bear a child is central to a woman’s life, to her well-being and dignity.

It is a decision she must make for herself. When the government controls that decision for her,

she is treated as less than a full adult human responsible for her own choices.”