Send postcards to state legislature members encouraging them to ratify the ERA. 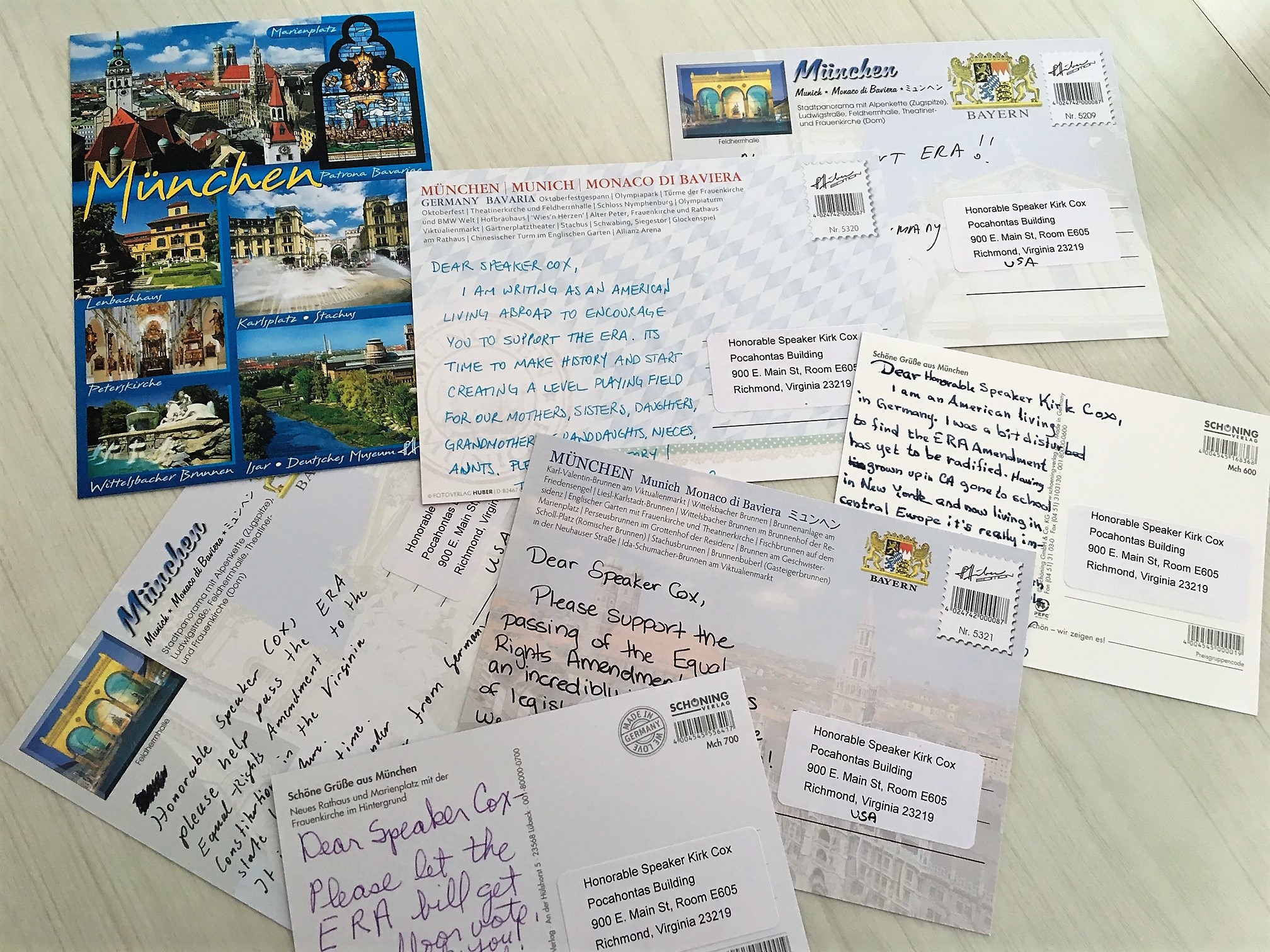 The goal is to show state legislature members that their constituents and other Americans living outside the US care about the Equal Rights Amendment being ratified.

The first priority state is Virginia.  The next three are Arizona, Missouri and North Carolina.   The other 9 states are as of now equal priority.

The top priority people, if known, will be in bold on the address list for the Senate and House.  In general it is the leader of each or the leader of the committee holding the ERA resolution, if one, is in play.

It might get more attention sending a postcard with a photo from your country.   However, there are also ERA postcards that can be used.   Here’s a link for some free ones to download and print.

The addresses for all the state legislature members can be found on the state ERA page.

When addressing them, be sure to use Senator, Representative, or Honorable as a prefix to the full name.   Don’t forget to add USA to the address!

Here’s the recommended signature if you are from the state where you are sending:

Voter from {your voting city and state}

Living in {your abroad country}

Member of Democrats Abroad (if sending to a Democrat)

Here’s the recommended signature if you are from another state than where you are sending:

American living in {your abroad country}

Member of Democrats Abroad (if sending to a Democrat)

Depending on how large you write or if you print the postcard, here are some sample messages for the postcard.