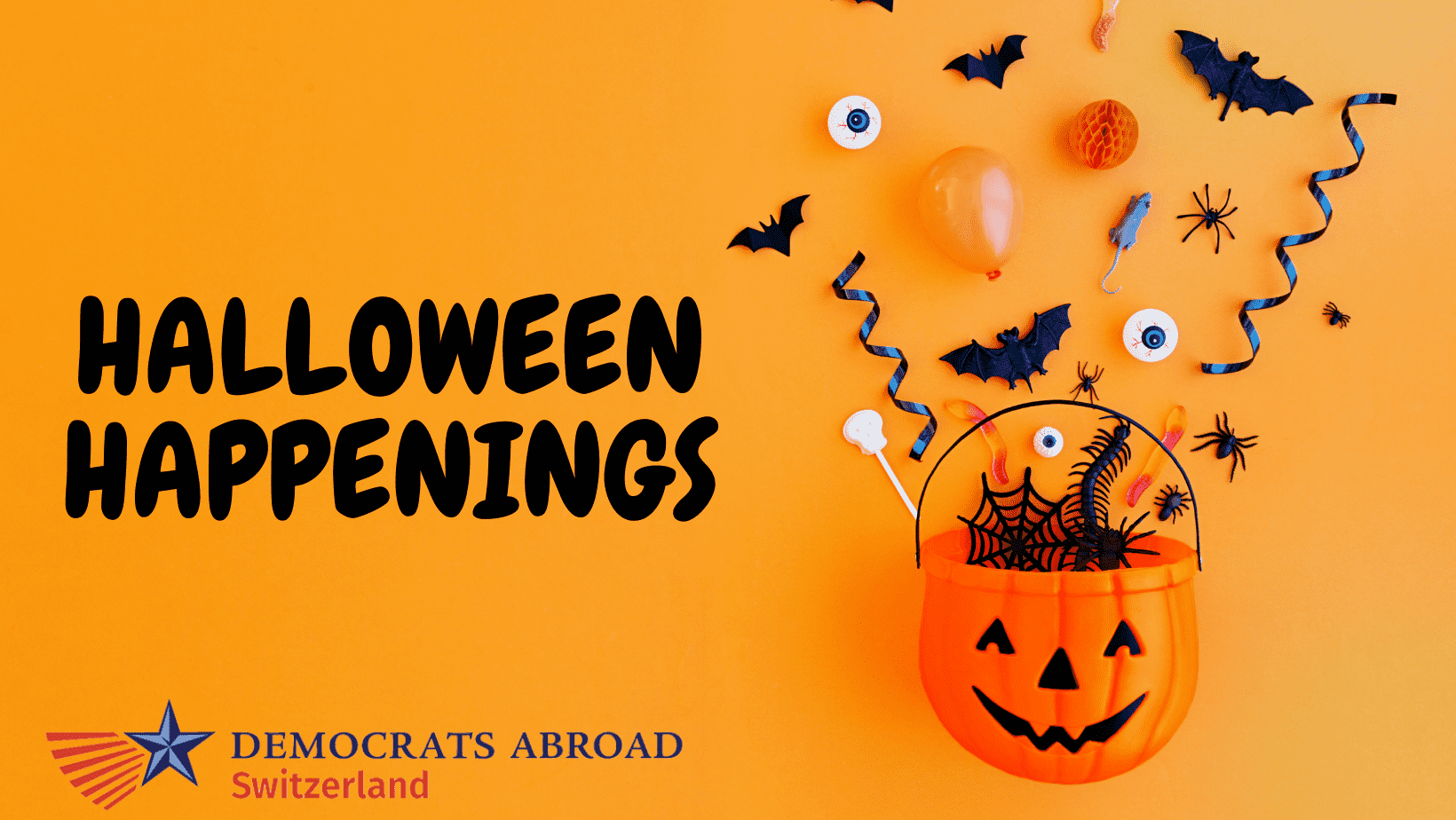 Halloween will be here before we know it! While this holiday isn't widely celebrated in Switzerland, there are definitely pockets of the country that are starting to embrace it. If you're looking for some spooky, family-friendly fun, we have some suggestions for you!

Did we miss something near you? Let our Engagement Team know by contacting Emily at [email protected].

Elections Coming Up In October 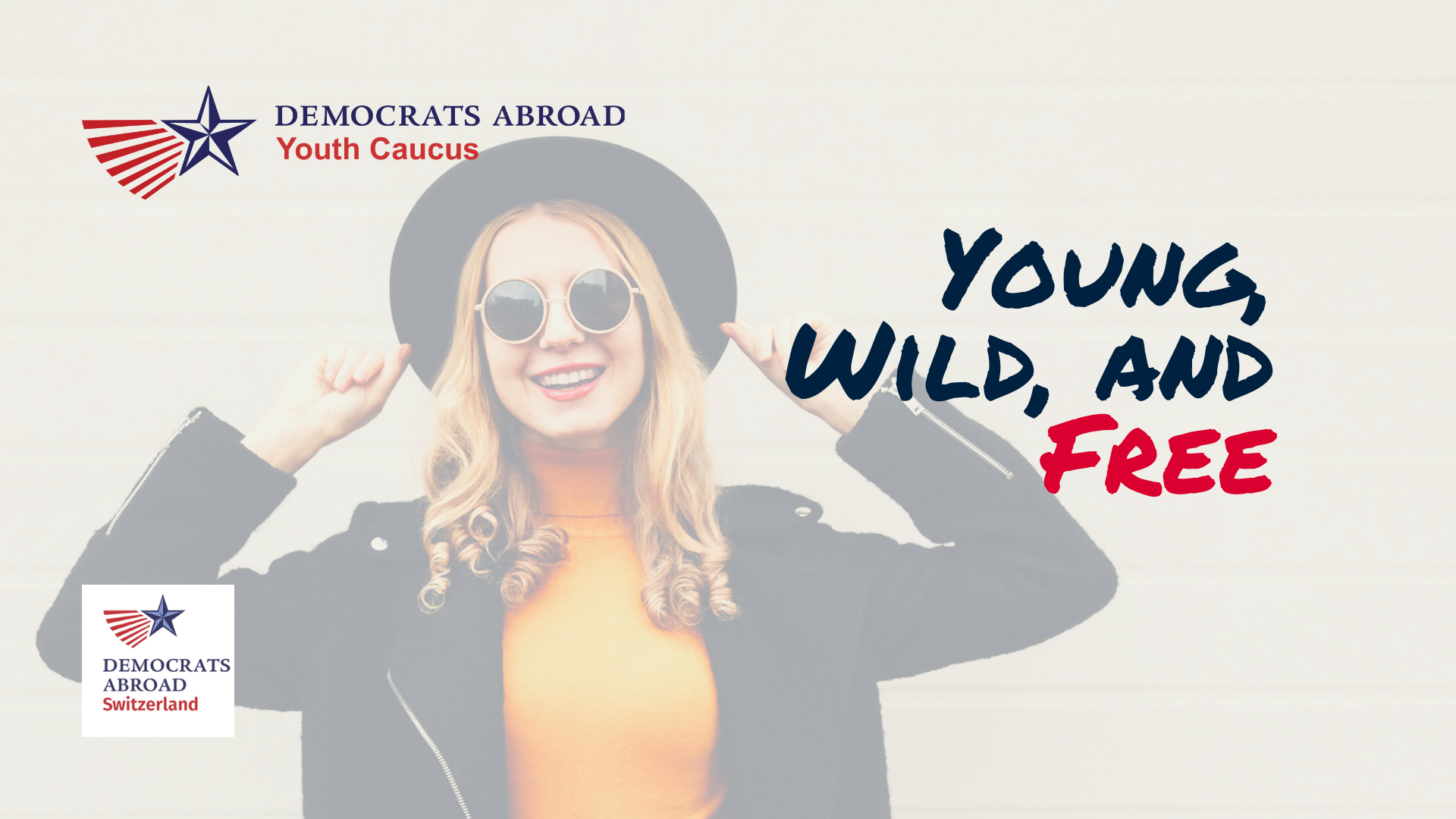 The Democrats Abroad Switzerland Youth Caucus (DACH YC) is growing and needs you! The newly-minted Switzerland youth caucus chapter is looking for new members and volunteers. We are small team of young Americans living in Switzerland, who are passionate about voting and supporting other Americans abroad. We aim to give a voice to young people standing in for social and political issues close to our hearts. Whether you are a young professional or a student abroad, have recently moved to Switzerland or have lived here for a while, we look forward to getting in touch with you and having you on our team! To get involved and find out more about the DACH Youth Caucus, contact us at: [email protected].

Go to democracy.io to write to your Member of Congress today and ask them to provide vaccines to US citizens abroad who need them.

Unfortunately, Covid-19 is not going away. DACH applauds the US for leading the way in getting vaccines to the rest of the world, but there are still many US citizens living (and dying) outside the United States who lack access to vaccines. Whether you have already received a vaccine or not, we hope you will show solidarity with your fellow citizens abroad who are still waiting for theirs.

Rep. Raul Grijalva of Arizona is among many Members of Congress who are trying to get the message to the White House and the State Department that there are still many US citizens living abroad who need our help, if we are to fulfill our government's pledge that ALL US citizens will have access to vaccines. YOU can help by writing to YOUR Representative TODAY to support Rep. Grijalva in his efforts. It's pretty simple and it only takes a couple minutes - and you might just save some lives. So do it today - it would be great if members of Congress woke up on Monday to find thousands of messages from their constituents asking them to do the right thing. Here are just a few quick steps that YOU can take to make it happen:

Once you're done, please forward this message to friends and families inside and outside the United States and URGE them to URGENTLY reach out to their own Congressional Rep. Our fellow citizens need all the help that we can give them. If you have any doubts, please take a look at this video prepared by US citizens abroad just like you - and share it with others.

Click here for more information about what Democrats Abroad's COVID TASK FORCE is doing about publicizing this issue - and reach Senator Chris Murphy's letter to Secretary Blinken asking for vaccines for US citizens abroad. Also, please send questions or comments to [email protected]. Together, we can beat this thing.

Adapted from an email sent on 25 September 2021 by Art Schankler, International Vice Chair and member of the Covid Task Force.

The Democratic Party Committee Abroad (DPCA) voting body met online on August 21 and 22 to vote on Charter Amendments and Resolutions. Your DA Switzerland voting reps know that taxation reform is important to you, so we would like to report on two of the resolutions that were adopted.

As always, you can follow the DA Taxation Task Force’s work on their website. Your DA Switzerland DPCA voting reps will also keep you up-to-date with information about the proposed messaging system and the RBT Coalition’s work.

Whereas Democrats Abroad has greatly expanded its advocacy work promoting reforms related to issues affecting Americans abroad and of importance to Democrats Abroad; and

Whereas DA advocacy initiatives routinely feature outreach to U.S. federal and state lawmakers and regulators; and

Whereas DA issues-advocacy coordinators would benefit from data indicating which elected representatives are receiving messages from DA issues-activists, helping them to target representatives for further or follow-up outreach; and

Whereas DA issues-advocacy coordinators would benefit from data, with GDPR compliance, identifying campaign supporters, helping them to target activists for further or follow-up communication; and

Whereas DA's Taxation Task Force has learned from at least 10 years of committed advocacy in support of tax reforms to eliminate double taxation; remove barriers to banking, saving, and investing; and simplify filing from abroad; that reform will happen when enough Americans abroad reach out to their elected representatives and demand it; and

Whereas votes from abroad reach politicians for the most part only once every 2 years, but voices from abroad can reach elected representatives - or candidates for office - continuously and with focus; and

Whereas DA is blessed with volunteers who can set up and maintain a messaging platform, but there will be origination and on-going maintenance costs that will consume organizational funds; and

Whereas DA can access "white label" systems ("off the shelf" web-creation products with functions already in place and ready to be customized) that would facilitate the development of such a platform without the need to start from first principles; and

Whereas DA advocacy teams with any area of focus could make use of the platform; and

Whereas the substantial growth of DA caucus and other issues-advocacy teams has created the need for some overarching member-engagement infrastructure and congressional-outreach architecture in order to efficiently facilitate member participation in our campaigns as well as to sensibly coordinate the campaign activities of the issues-advocacy teams;

Be It Further Resolved that Democrats Abroad seeks the support of the DPCA Excom to allocate resources in 2021in support of the work of the ad hoc committee and for reviewing and actioning the recommendations of the committee;

Be it further resolved that the naming of this platform should be carefully considered to not cause confusion with any other DA platform, e.g., VoteFromAbroad.org / VFA.

Resolution #4
In Support of Democrats Abroad Joining the RBT Coalition

Whereas Democrats Abroad (DA) has invested heavily in advocacy in support of tax- and financial-account-reporting relief for bona fide Americans abroad; and

Whereas DA is committed to Residency Based Taxation (RBT) as a policy reform that would eliminate double taxation of income; remove barriers to saving and investing; and greatly simplify tax-filing from abroad; and

Whereas arguments in support of this reform will have greater impact on lawmakers the greater the number of individuals and organizations presenting them; and

Whereas DA has worked in collaboration or in parallel with many other organizations representing Americans abroad; and

Whereas, in the area of tax advocacy, DA has a strong working relationship with American Citizens Abroad (ACA); and

Whereas ACA is leading the establishment of an RBT Coalition to demonstrate broad support for RBT [see proposal document below]; and

Whereas the DA Taxation Task Force Chair and members who have worked with ACA are persuaded that ACA will be faithful to the terms and conditions outlined in the proposal document and will guard against “mission creep”;

Therefore Be It Resolved that Democrats Abroad seeks the support of the DPCA Excom to become a member of the RBT Coalition; and

Be It Further Resolved that the DPCA Excom reserves the right to withdraw from the Coalition should it stray from what is profiled in the proposal document or for any other reason.

Elections Coming Up in September

Save the Date! - Saturday, 18th September

A friend of DA in Geneva will host Democratic U.S. House Representatives Adam Schiff (CA) and Sean Patrick Maloney (NY) at a gala evening event. This will be an apéro with a chance to hear and meet the two congress members, to be followed by a private dinner for special guests. This is a fundraiser for the Democratic Congressional Campaign Committee. Democrats Abroad is not a sponsor but is happy to publicize such events of special interest to our members. Special donation rates will be made available to Democrats Abroad members.

We will provide the official invitation as it becomes available, showing venue, ticket prices, and ordering details. Watch for updates at our events page, our social media channels, and your inbox.

ETA: The event post is live; read it here!

Tell Your DPCA Voting Reps What You Think! 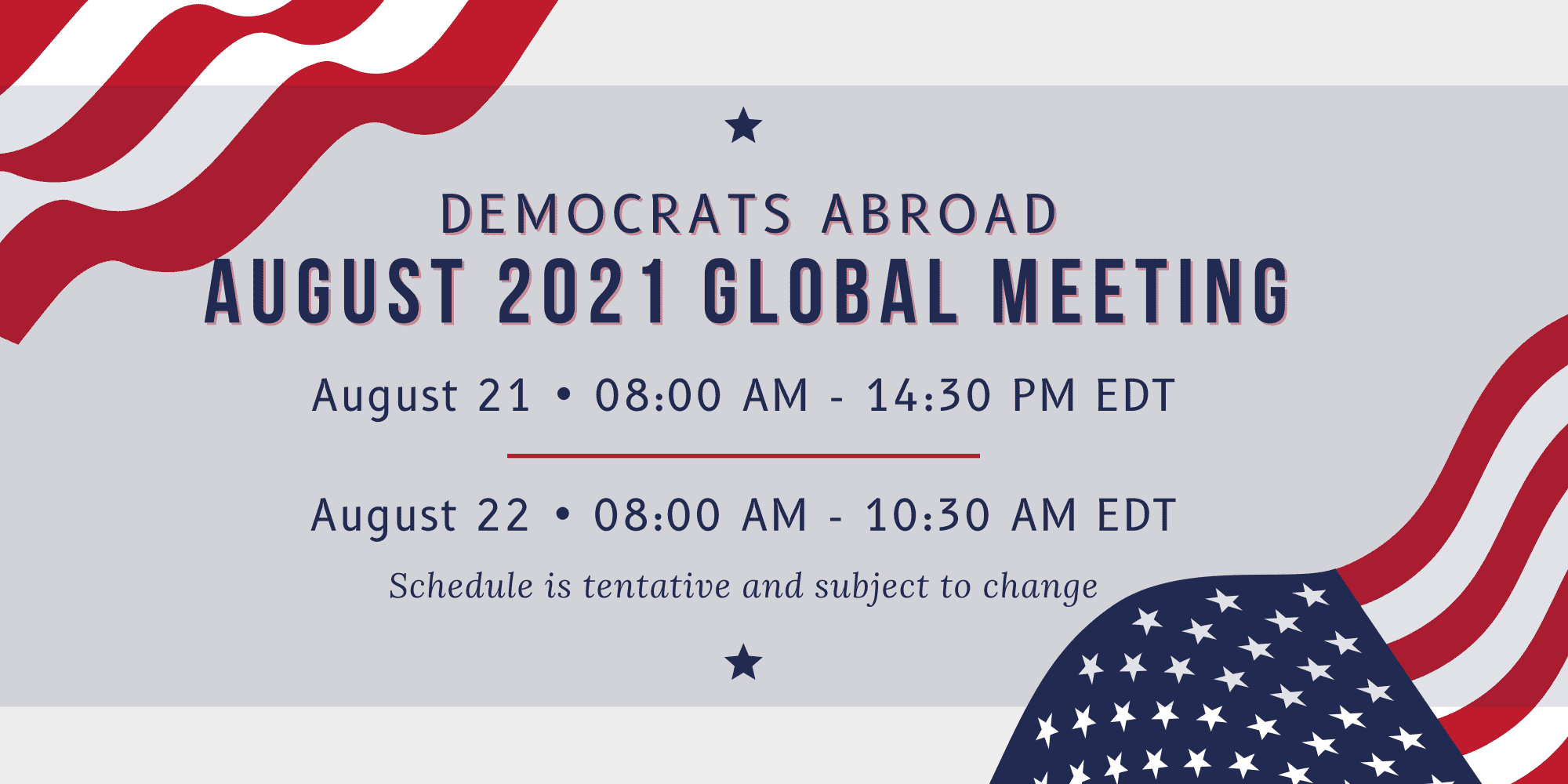 At our AGM in March, you elected five Democratic Party Committee Abroad (DPCA) voting representatives (Chair, Vice Chair, and three more) to represent Switzerland to the international committee. We had our first international meeting in May, but not all issues were able to be voted on in the time allotted. Therefore, we are meeting again on Saturday, August 21, and Sunday, August 22.

We will be voting on the following charter amendments and resolutions:

If you are interested in reading the text of any of these proposed amendments or resolutions, asking questions about them, or expressing your opinion, please get in touch with your DPCA voting reps at the email addresses below.

If you are interested in Resolutions 19 and 20 in particular, you can view a petition in support of them here.

Elections Coming Up in August

Spill the Tea with Eric & Liz 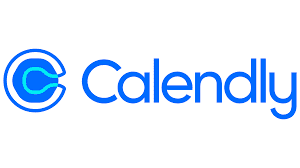 Are there issues you would like to see discussed within Dems Abroad Switzerland? Do you have an idea for an event or political action we can take?

If so, we want to hear about it!

Schedule a meeting with Eric (our Chair) or Liz (our Vice Chair) via Calendly for an online chat. We want to make sure that we are taking our group in the direction our members are wanting to go. 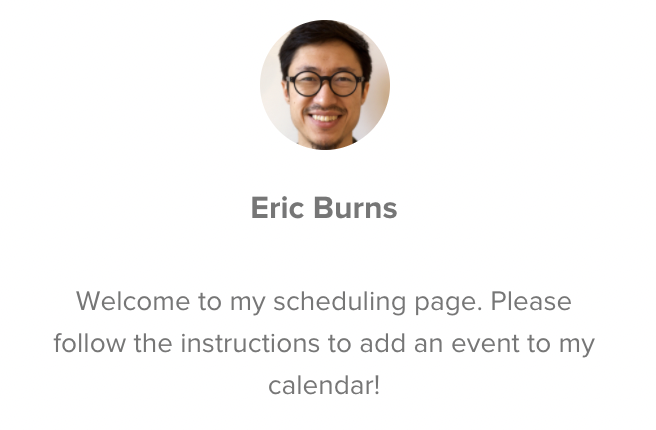 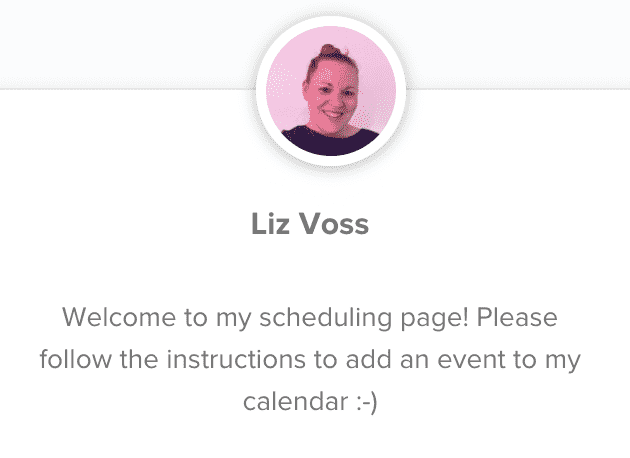